and check out our video right here!One of our favorite events of the year now happens a few times a year, and we couldn't be more excited about it!

Todd, 37x with the holeshot!

Flat Out Friday has gone from one event in Milwaukee to multiple - now happening in Milwaukee, La Crosse WI, Cleveland OH, and at the HD® 115th Anniversary!

La Crosse, WI just happens to be right in our own backyard - we have locations in both Viola, and "LAX" as it's known around here. Just up the road from where we manufacture exhaust, powdercoat and more, we hit the concrete track for one more round of soda-syrup racing!

This time, I decided that I'd hand off my camera and hit the track too. Last time didn't work out too well for me, when I "object fixated" on a haybale and ended up flat on my back on the sticky track.. so I had to hop back on the "horse" and try again. After fighting with my tiny little carburetor on my Honda XR100 (wildly underpowered in comparison to my S&S equipped HD® Sportster®, but just the right size for a newbie racer!) I set out to race riders ranging from pros to another first timer on his Grom. 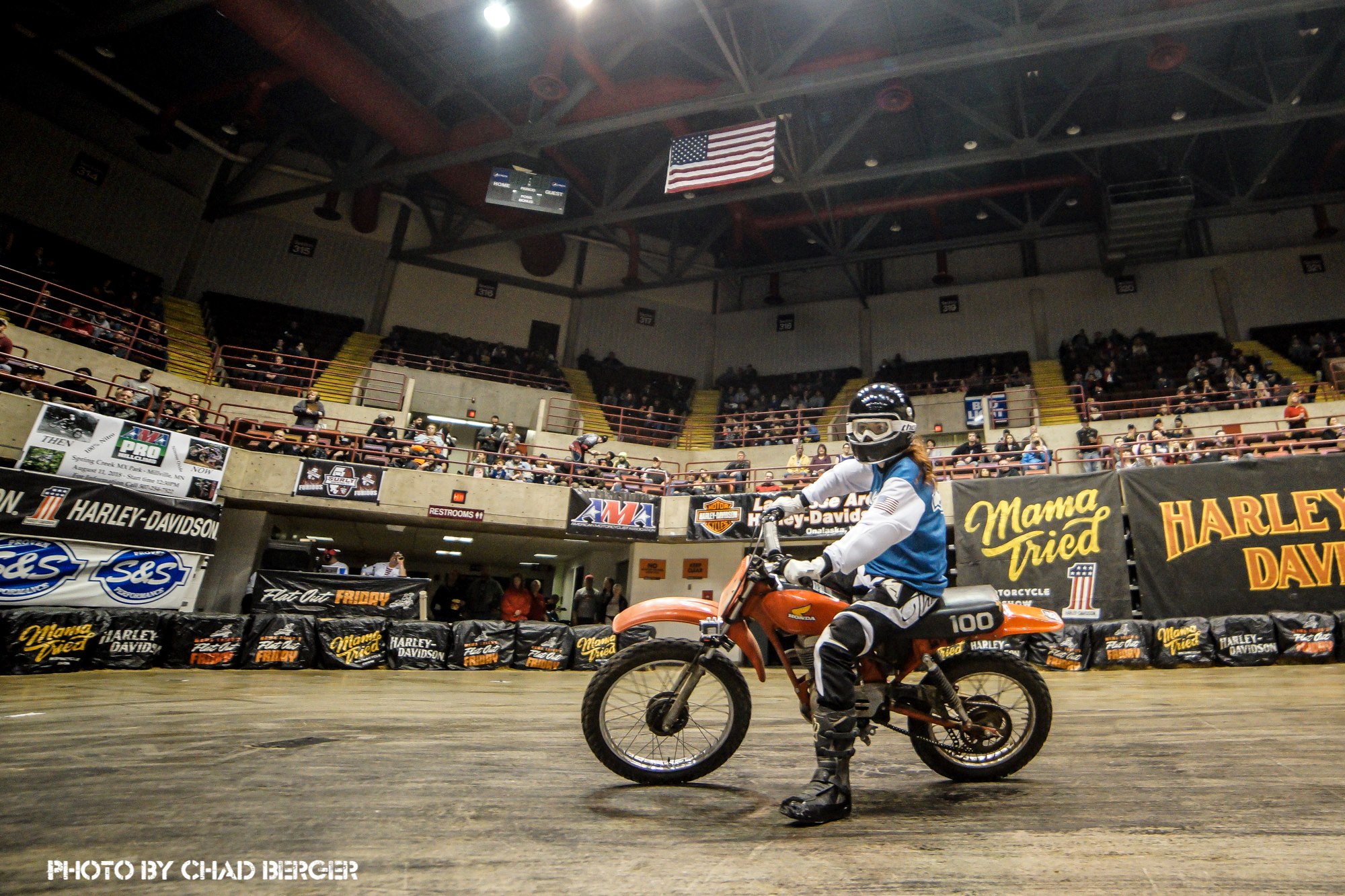 Me, slowly racing my XR100 in the 100cc class - photo courtesy of Chad Berger @motographicusa

I wasn't alone in this either - a number of my coworkers brought out their bikes too. Soren, Max, Andrew and David all brought their pull-start mini bikes, known as "Boonie Bikes", Jake, Soren, Hunter, Todd and Jon rode their Sportsters in the Hooligan Class, my best friend Skippy brought his 110 to race with me in the 100 class, and numerous racers from Wisconsin and beyond came out to play! 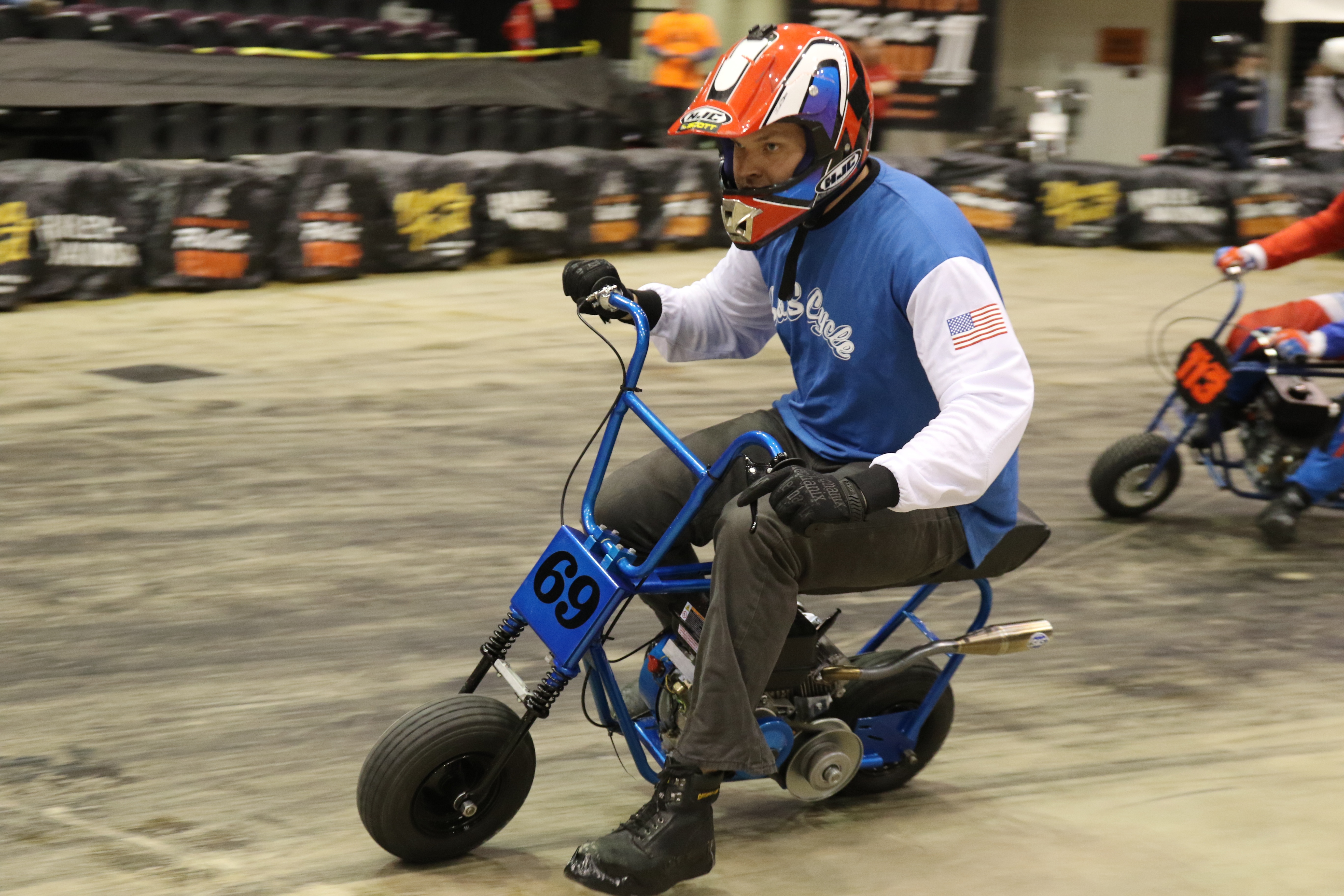 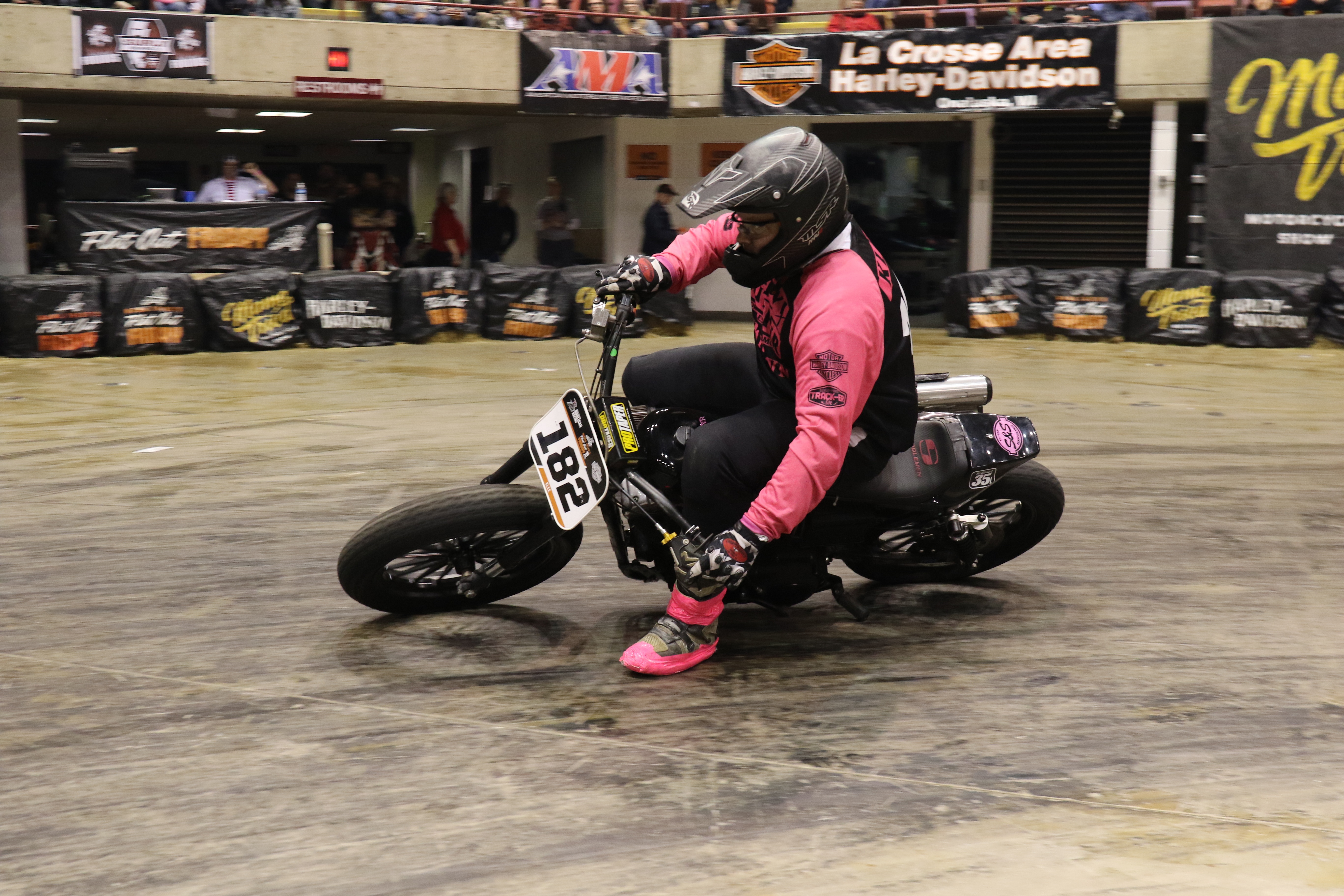 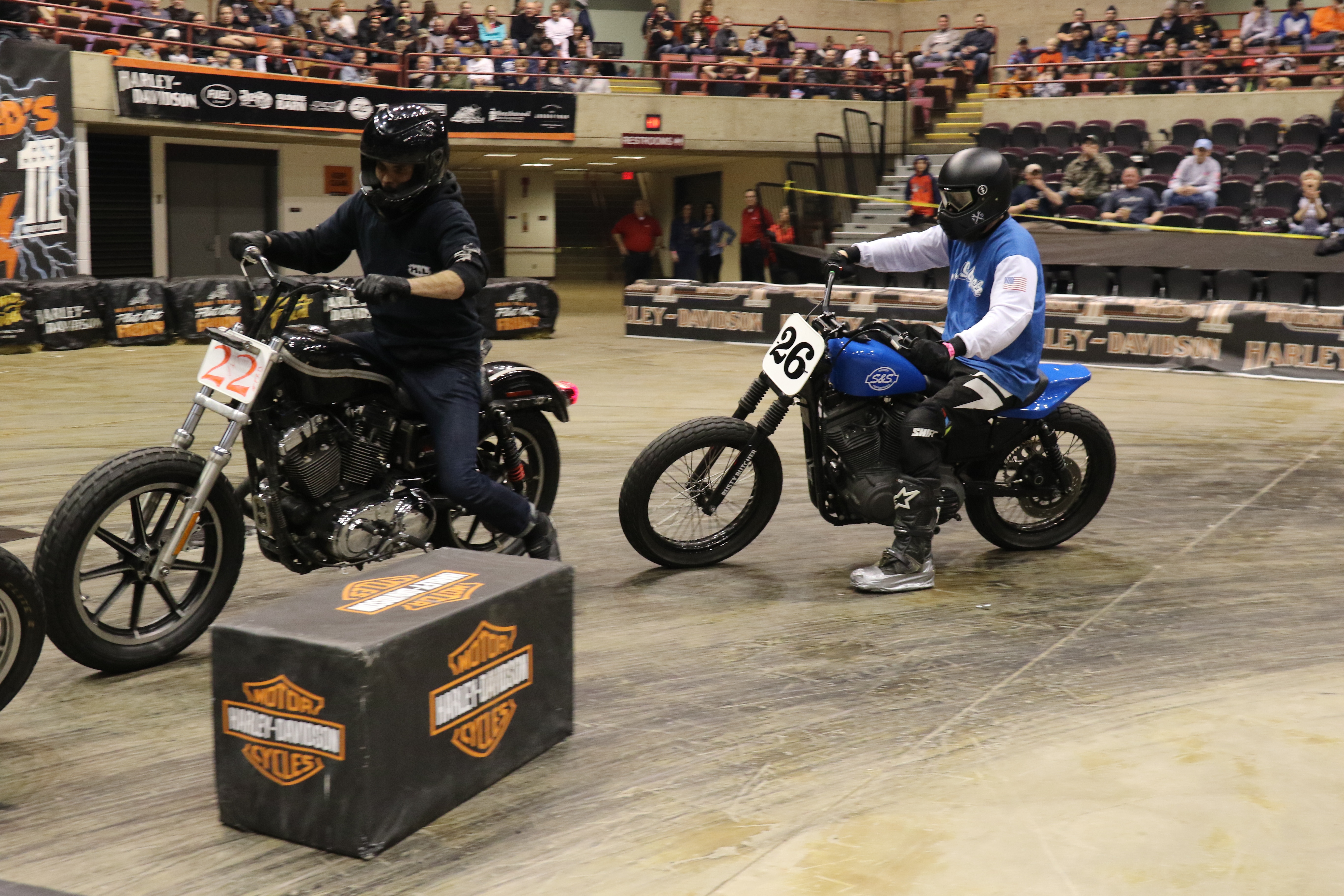 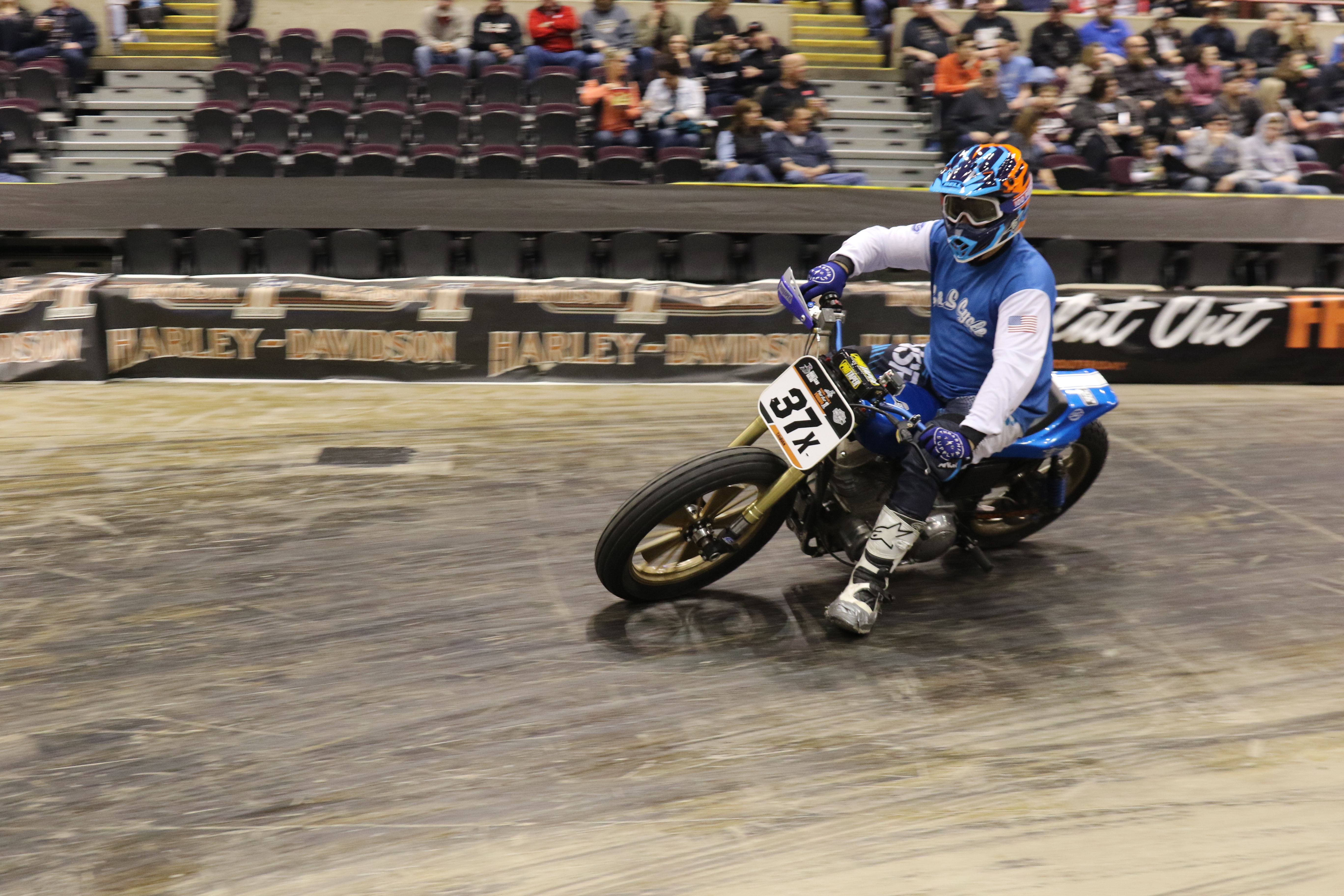 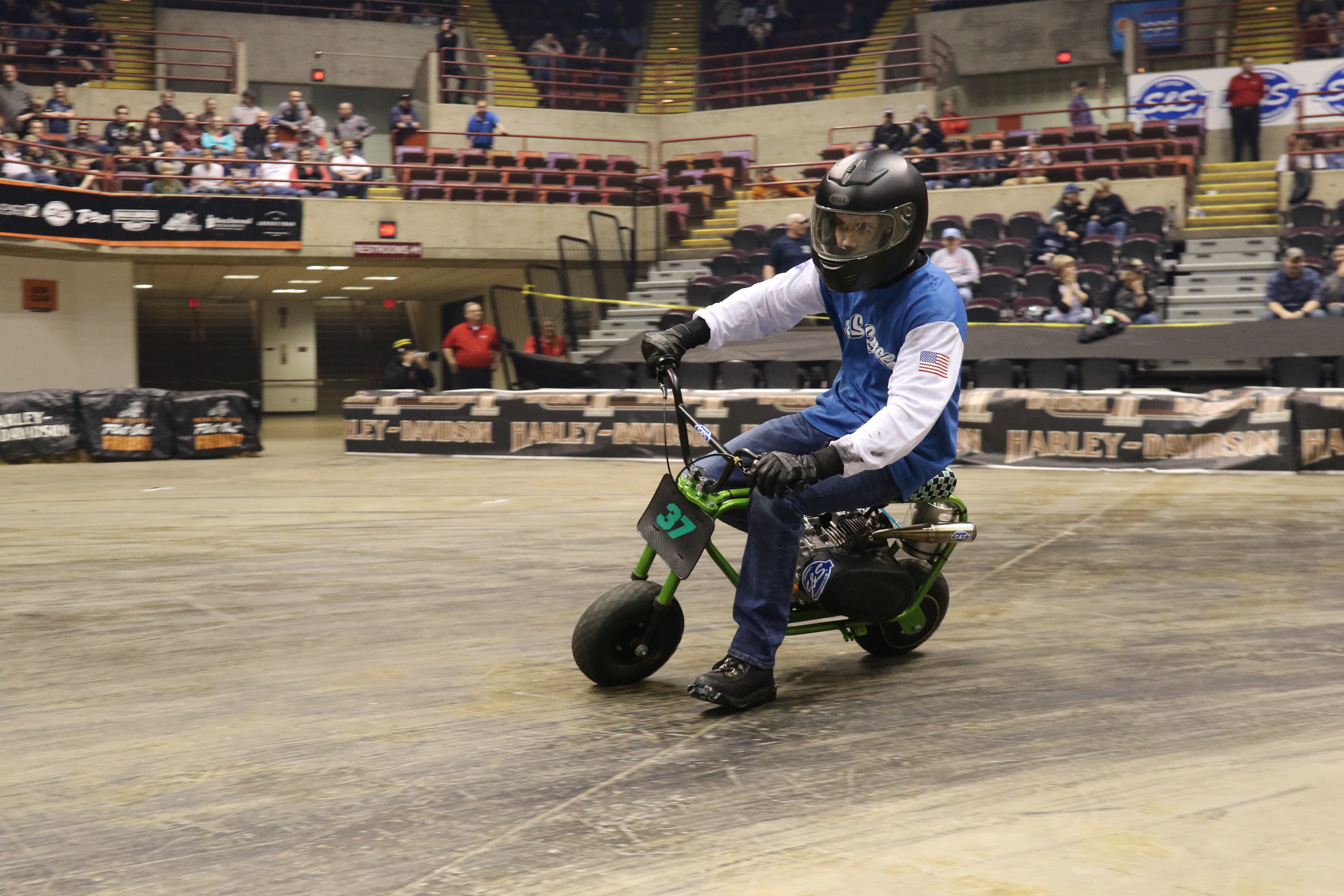 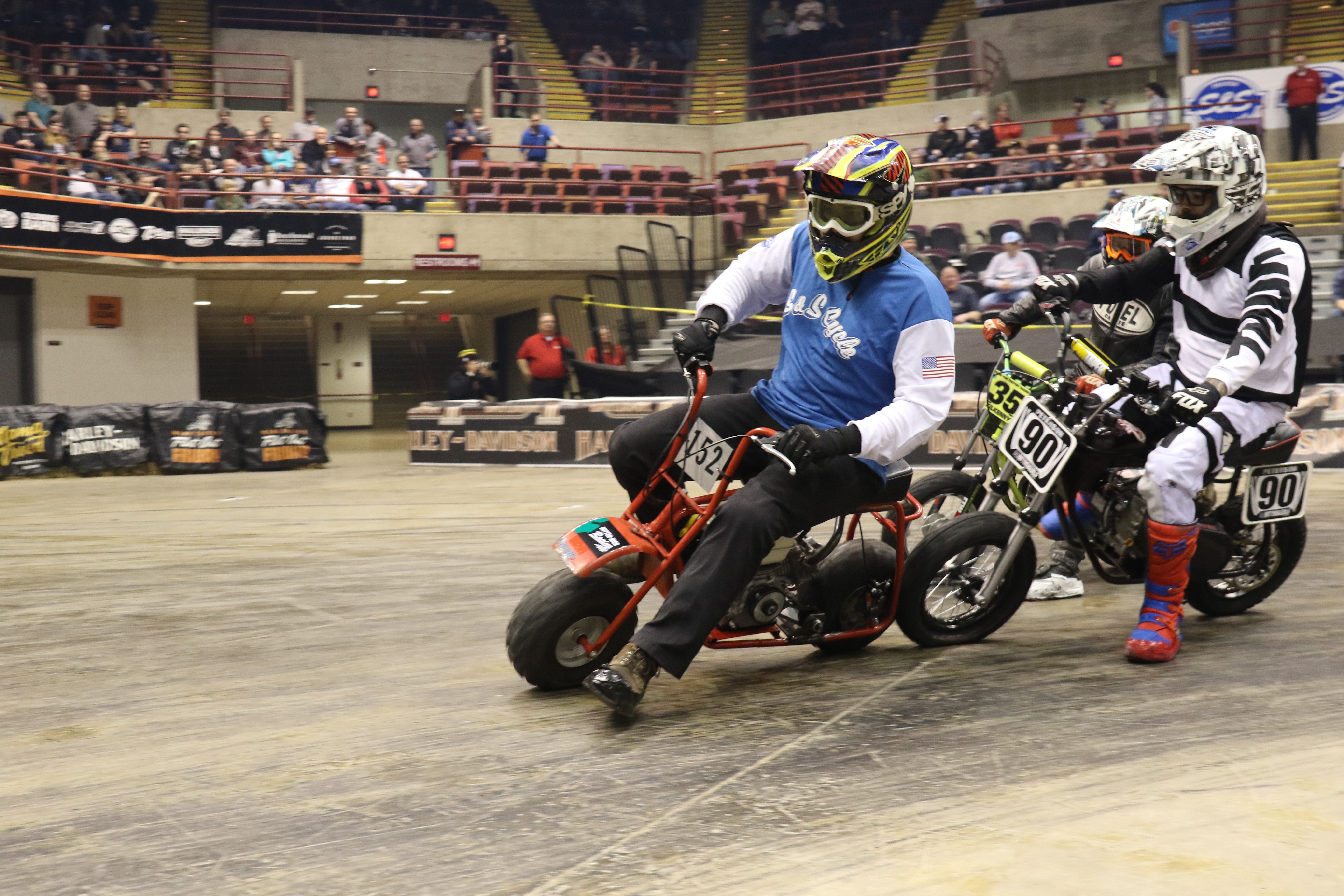 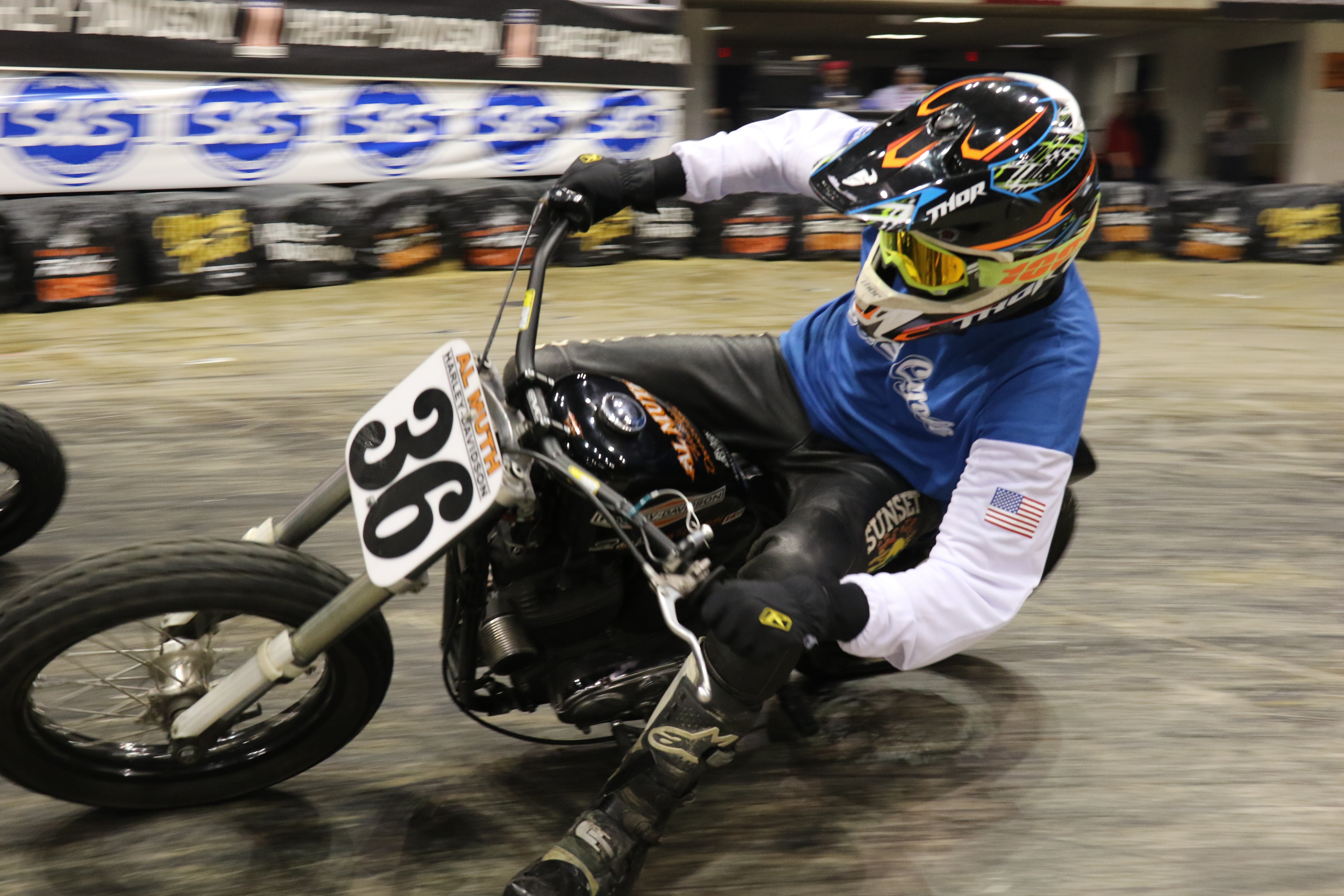 Soren, #36, turning right to go left on turn 2 of the short track

In typical FOF fashion, there were plenty of mishaps, dismounts and crashin' action - it's hard to keep a bike down, even on the sticky track! 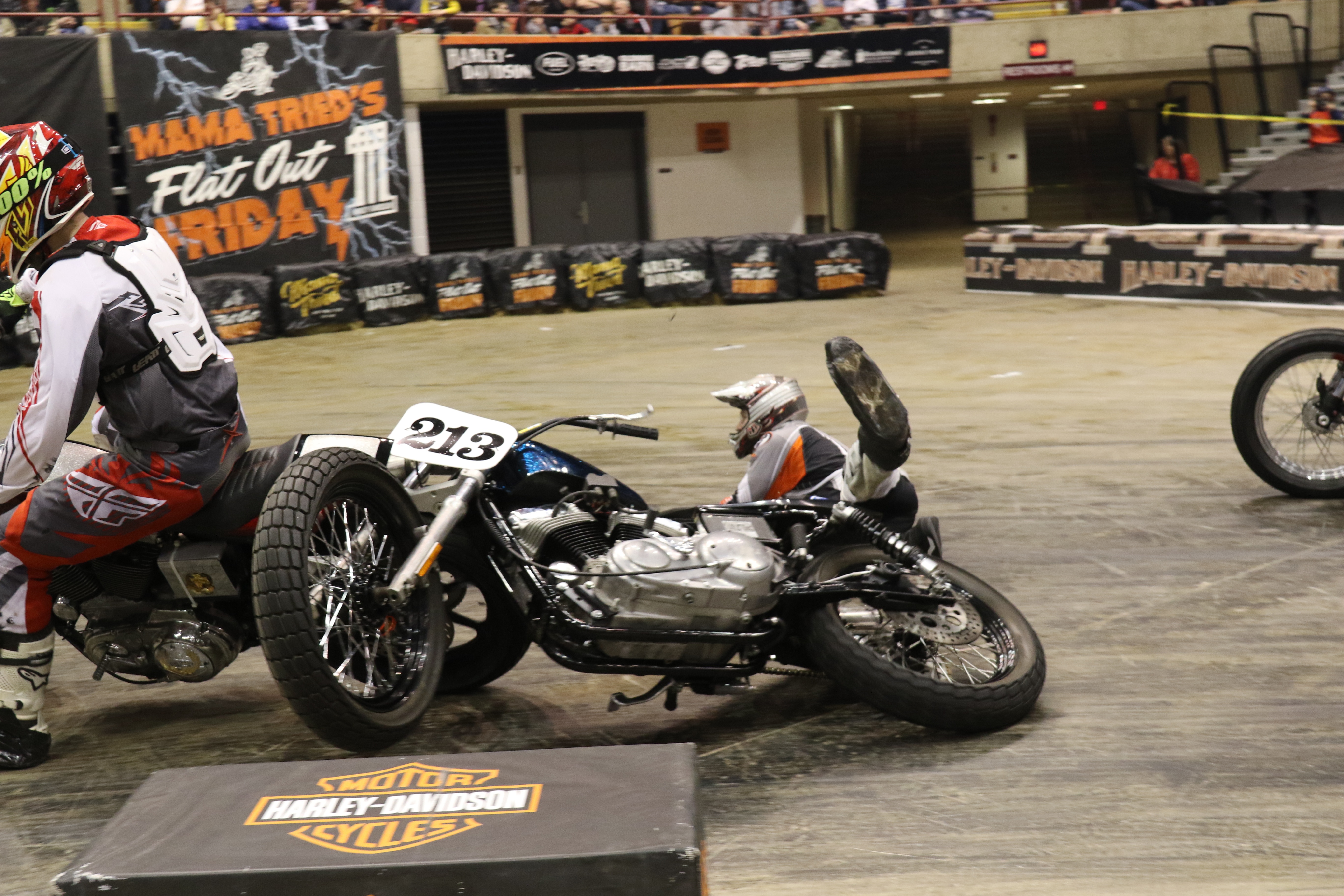 No Jake's were seriously harmed in the making of this photo, although his bike may be a different story. 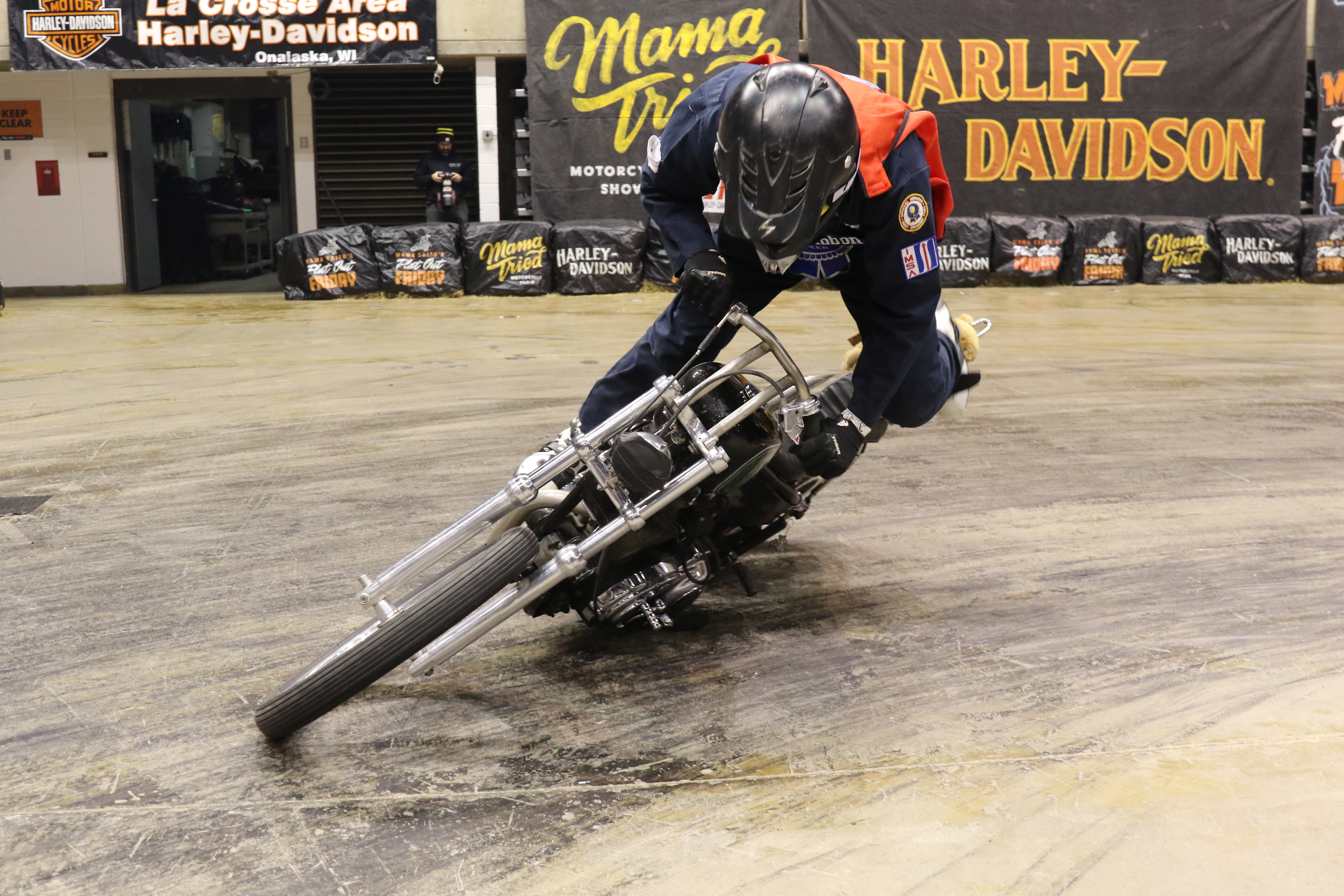 The cape definitely helped in this dismount.. he's ok though!

My racing went pretty as planned - I didn't win, but I didn't crash, and that's a good day of racing in my book! I'm pretty timid on the track, as I at heart am a photographer and NOT a racer. I'm comfortable in my trackside position, nearly in the action, but not in the middle of it! If you're considering getting out there, I highly recommend trying it, at least once!

After my semis, I didn't advance to the mains, which was fine by me - more time to get some great photos of the race!

One of the highlights of this event were the shows between races - like the Kids Race! Participants were mostly children of S&S employees, who brought their Striders,  bicycles, mini bikes, 50's and more to get their first chance on the track! 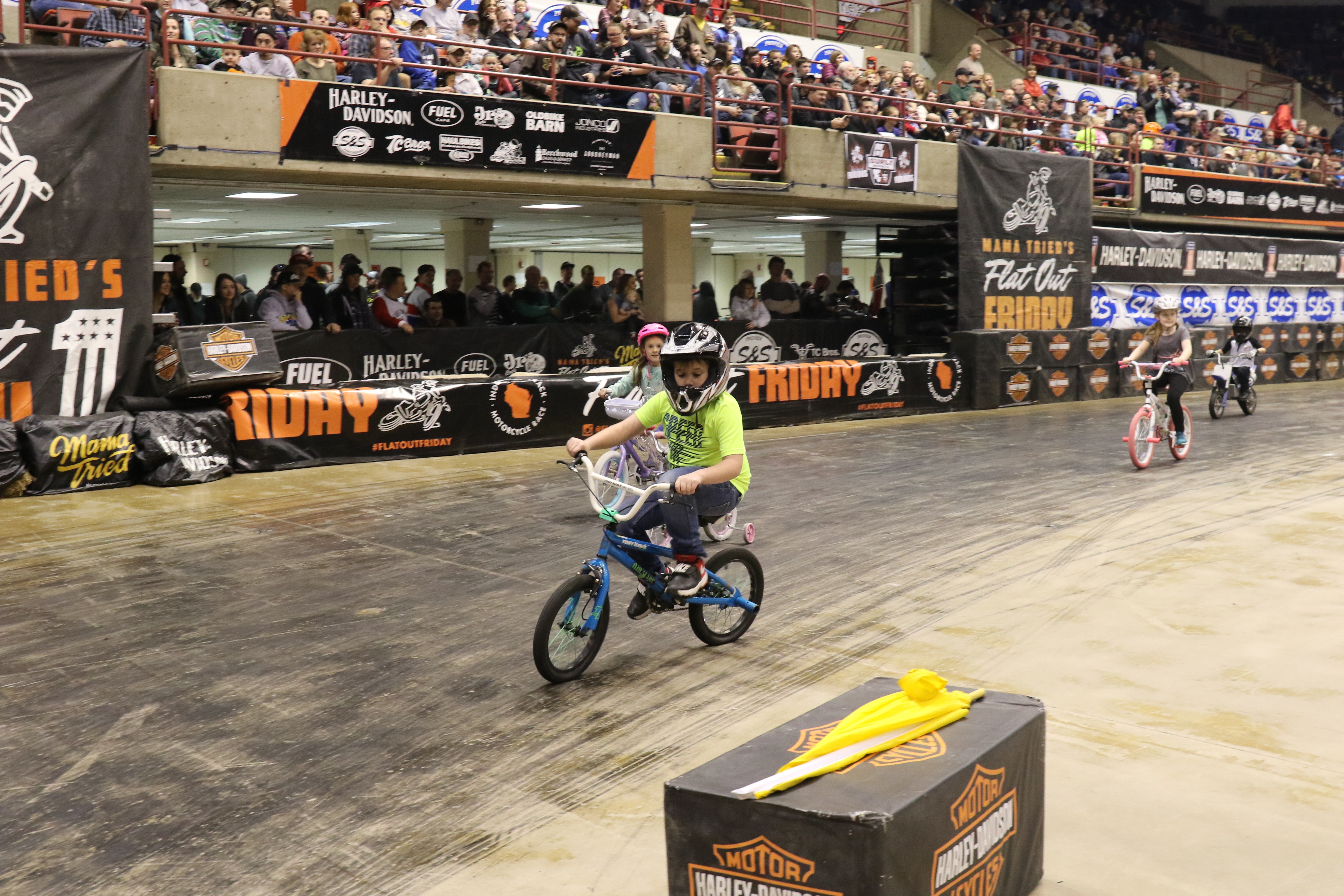 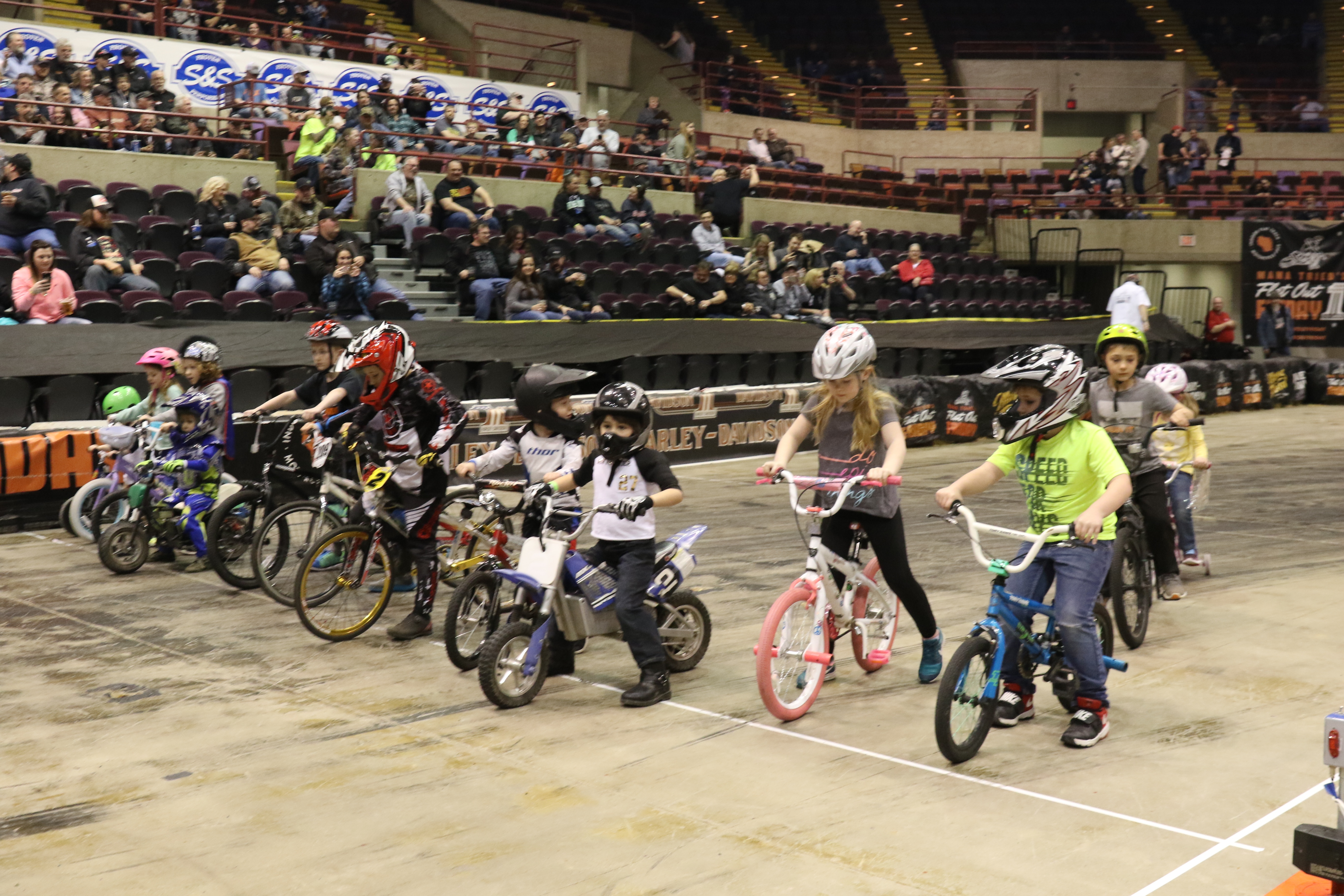 Also making a strange appearance were the one-wheeled .. bikes? I suppose it's not a bike, but whatever it was, it was fun to watch! 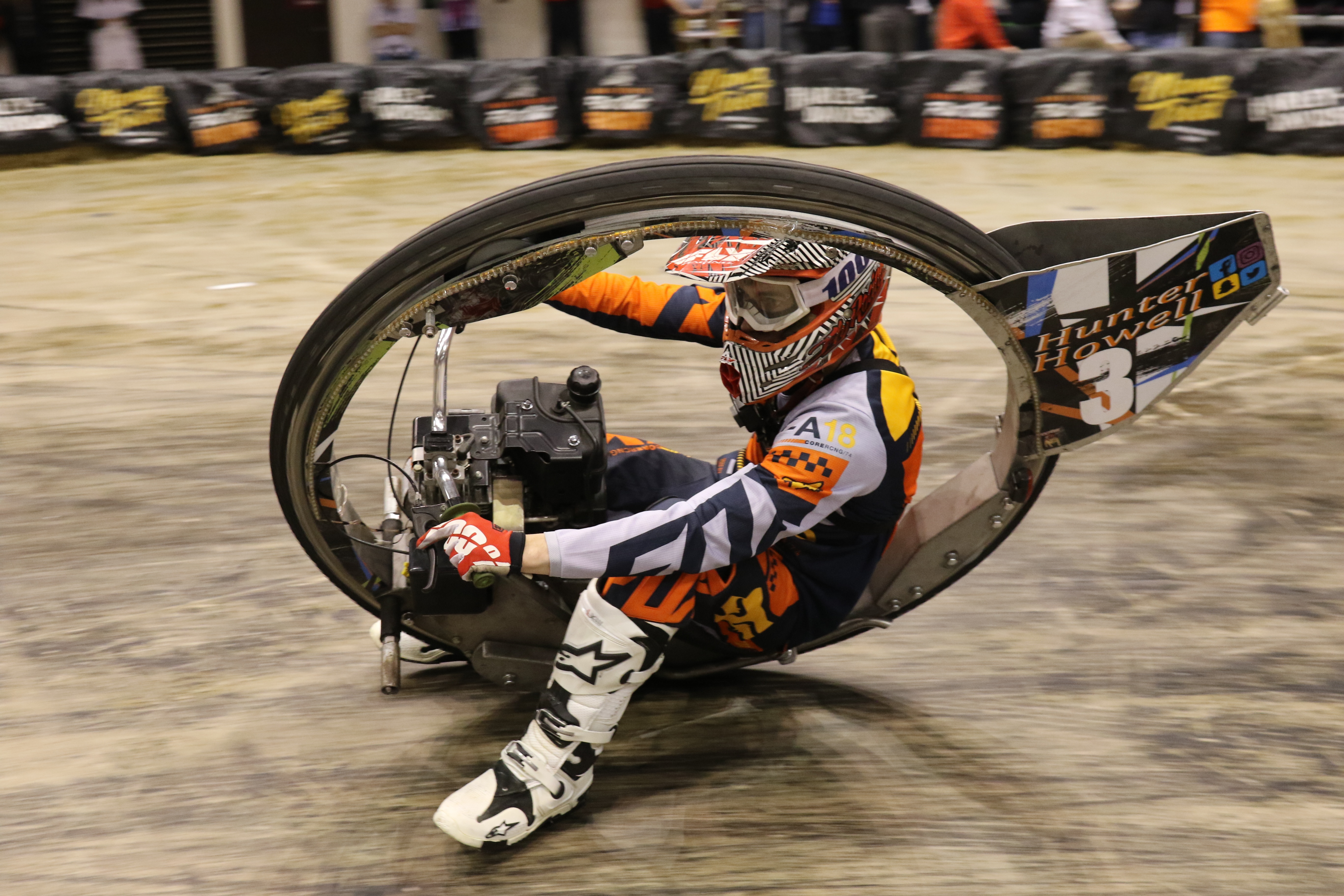 Not sure what these would qualify as, but they have an engine, so we can dig it!

All in all,  Flat Out Friday is a blast whether you are in the stands with your friends and some drinks, or are on the track with your moto - I highly recommend not missing the next event! 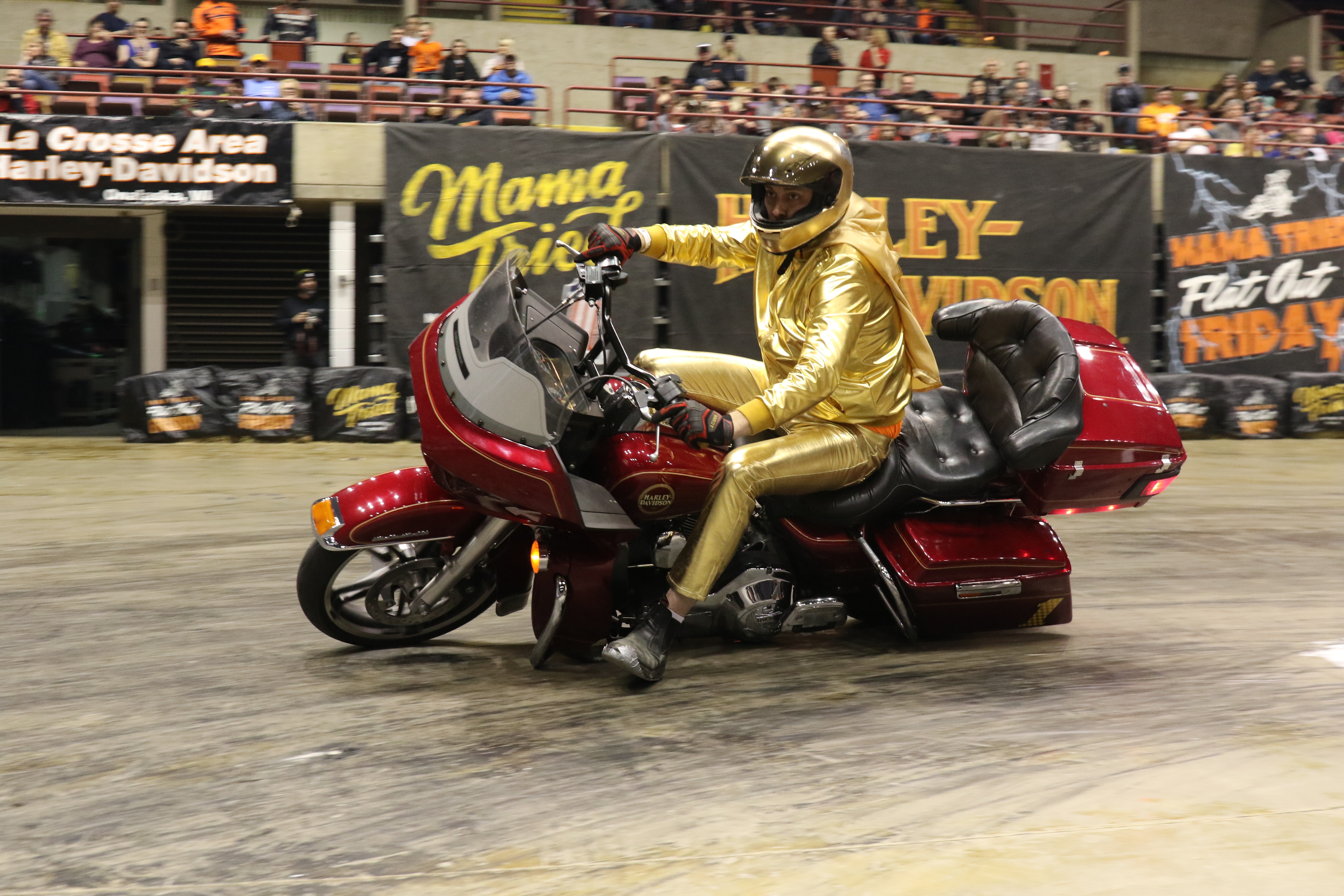 Reminiscent of So Cal's Run What Ya Brung class, this bagger was impressive on this small track!! 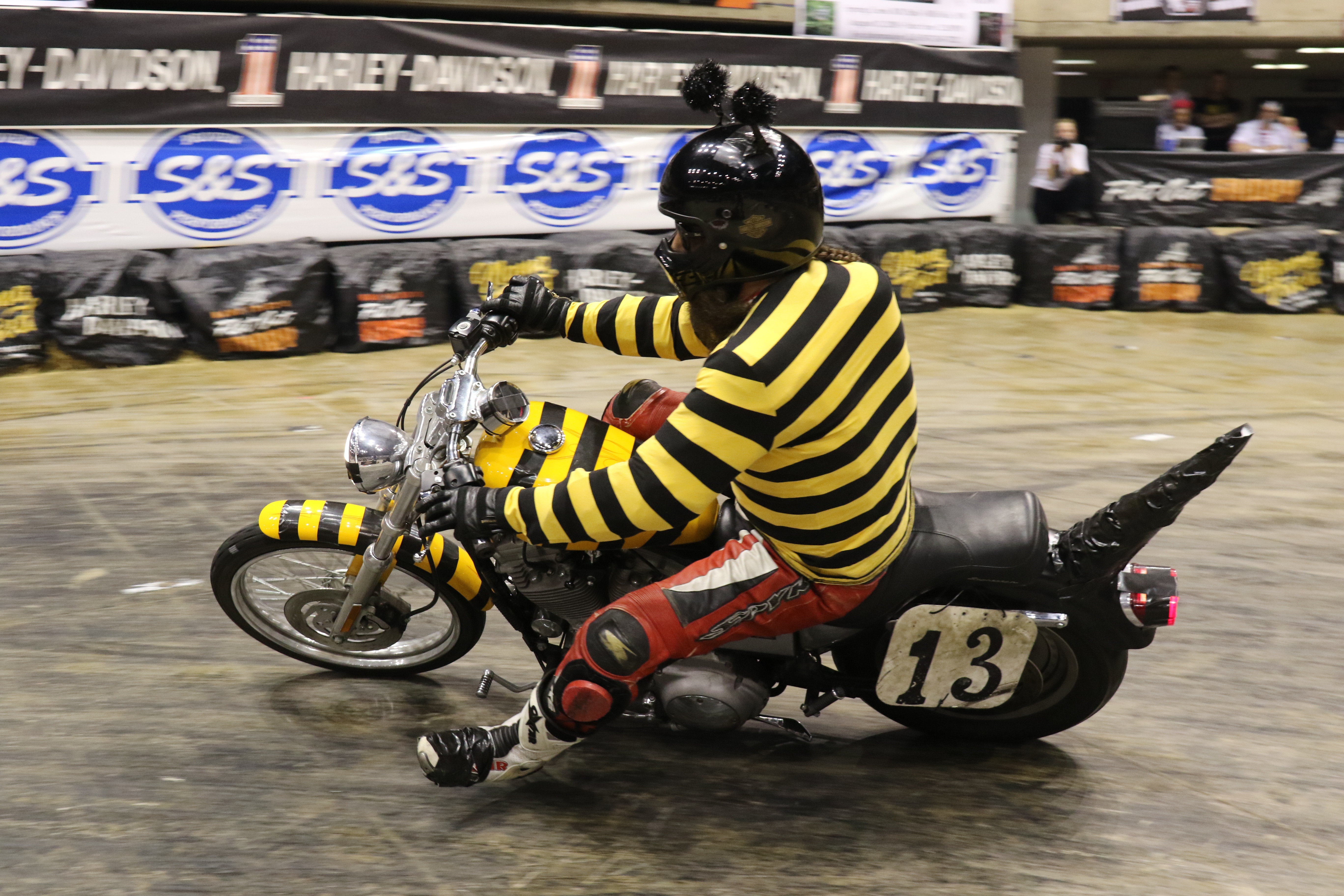 The goofball class brought out.. a bumblebee! Women's class had some serious competition, and a bit of "rubbin is racin" action too! A few more S&S equipped Hooligans on the track

and check out our video right here!