King of the Baggers in the Heart of Wisconsin 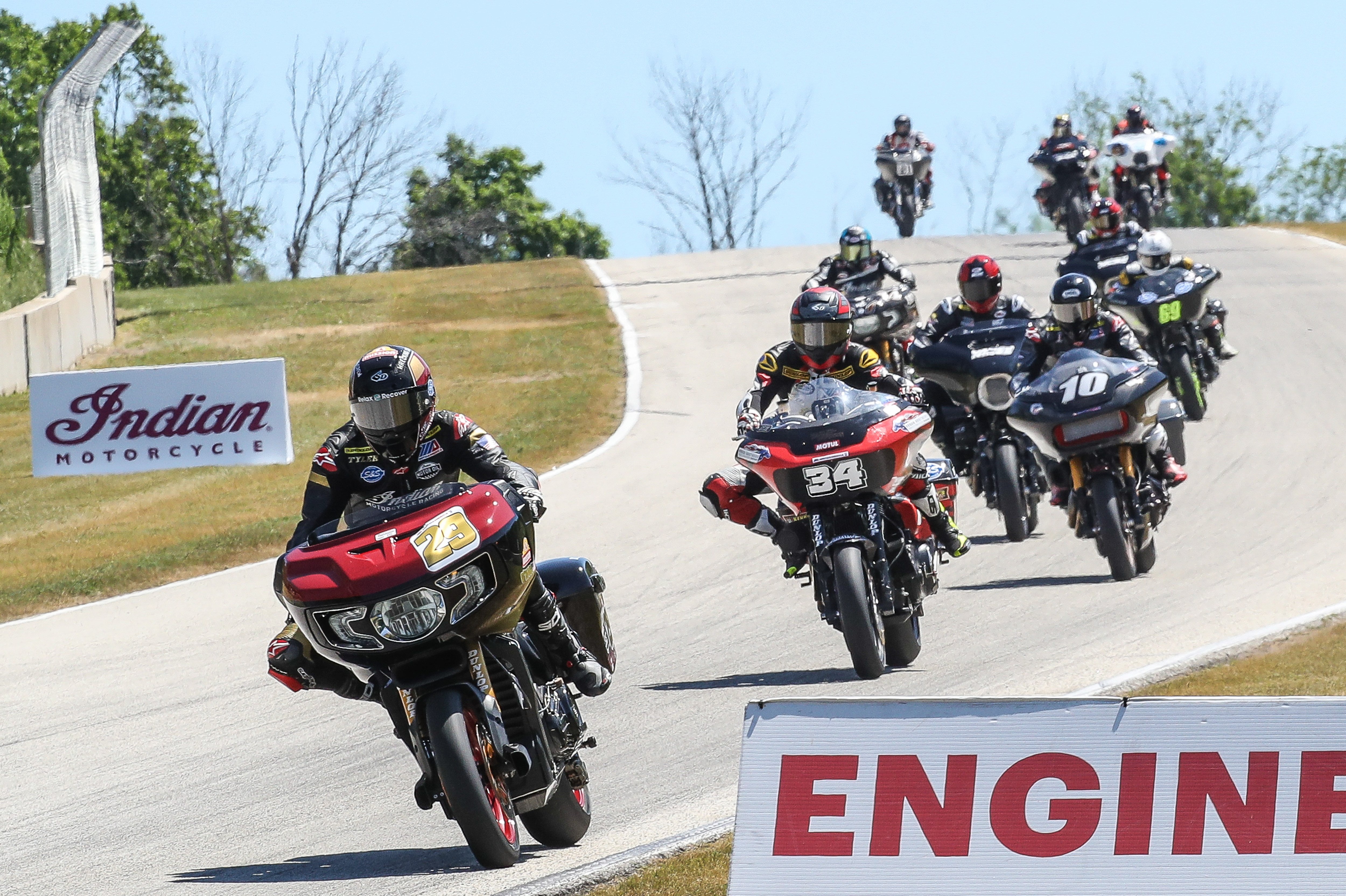 Race two of the 2021 King of the Baggers series happened to fall conveniently in our backyard. A few hours East in scenic Elkhart Lake. The Road America facility has stood as a premier motorsports facility since the mid-fifties and remains one of the best in the US. This storied racing facility consists of 14 turns across four miles of pavement situated on 640 acres of rolling hills.

At the top of the list of Road America stories is the infamous "Canada Corner" named during Road America's first season in 1955 when the track owner hired the local Boy Scouts to pick up all the garbage under the grandstands after each event. Scattered amongst the traditional litter were large amounts of empty Canadian beer cans and Canadian cigarette packs. The track owner got wind of this and renamed turn twelve Canada Corner. Messy Canadians aside, Road America is a lovely location to have a race if there ever was one.

For those not familiar with the King of the Baggers, the program exists as a class within the MotoAmerica road race series held here in the US. Before last October's inaugural race, it would have been hard to believe touring motorcycles, with their full fairings and bags, would outshine the best of the best of America's two-wheeled road racers. Still, it's done precisely that, with no signs of slowing down! The reality is KOTB has transcended MotoAmerica's events and become a franchise of its own.

Back to the Road America Event

This is the second of a three-race series and presented the largest grid to date. A dozen machines made their way to rural Wisconsin, and all were gunning for the top box. The Harley factory team had spent significant time testing at the facility earlier in the month and added a second bike to their roster. Both Kyle and Travis Wyman were now piloting factory HD rides and had a full-time Ohlins support crew managing suspension.

Equally important was the event itself. Road America is typically one of the busier of the MotoAmerica stops, and this year did not disappoint. Warm weather and pent-up demand had the facility packed. Onsite camping was nearly sold out, and race rigs had exceeded the paddock capacity. The Superbikes were putting down insane lap times with 180 mph runs in the straights.

Although the racing was undoubtedly why we were all here, it was pit bikes that kept the vibe going. Not just any pit bikes, either. Seventies Yamaha RDs? Sure, and maybe a bevel drive Ducati from the same era? Why not? Mix in a few CT90's and a near-perfect XLCR and top it off with four or five hundred Groms, and you have the recipe for a good time on two wheels!

While all that activity was in play, Royal Enfield was staging the reveal of their fleet of custom-built road race machines as part of the Build/Train/Race program. The backstory on this one is that each girl had to build their own race bike, train on it, and eventually compete on it. We have helped with parts and are looking forward to seeing them on the track. Hit the link on the pic for more details and look for a future exposé here in the Performance Times Blog.

Like most racing, the King of the Baggers got exciting before the racing even began. California-based JiffyTune Racing had a transmission catch fire on their way to the event and eventually burn their entire rig, bike, and gear to the ground. A tragic outcome, but a tight-knit racing community wasn't about to let his story end there. Before Eric Stahl and the Jiffytune team could even begin the mourning process, local dealer House of Harley and the Factory stepped in and helped him put together a race bike at the last possible minute.

If you've been paying attention, you may also have caught the Zack Nation bike lock up the front brake and cartwheel off the track. Another case of the racing community stepping in, and Zack would go on to finish the race. Indian rider Frankie Garcia also had a rough get-off and burned through a billet primary cover before the bike came to rest on its side. Parts were brought in from S&S headquarters, and the folks at Revolution Performance helped weld up the pieces that could not be replaced. Frankie would go on to take a top-five finish.

Drama aside, lap times were dropping, and the bikes were looking damn fast on the curvy RA facility. The Baggers could be heard long before they were seen, and crowds lined the fence each time they hit the track. The S&S tuned Indian Challenger piloted by Tyler O'Hara was putting down respectable lap times and battling with the factory bike for the top spot. Sunday's main promised to be a show stopper.

Eleven bikes lined the grid for the five-lap main, with the Harley ridden by Kyle Wyman taking an early lead. Our own Tyler O'Hara pushed him in every lap and got by in a few corners but could not seem to match the blistering pace of the factory bike. Lap two had them neck and neck, lap three saw Tyler gaining momentum until tragedy struck. No one crashed, but the Challenger rolled off the track under a deflated Tyler. The race ended with the Harley's of Kyle and Tyler Wyman (yes, brothers!) taking one and two and the hard-charging Hayden Gillim on the number three box. 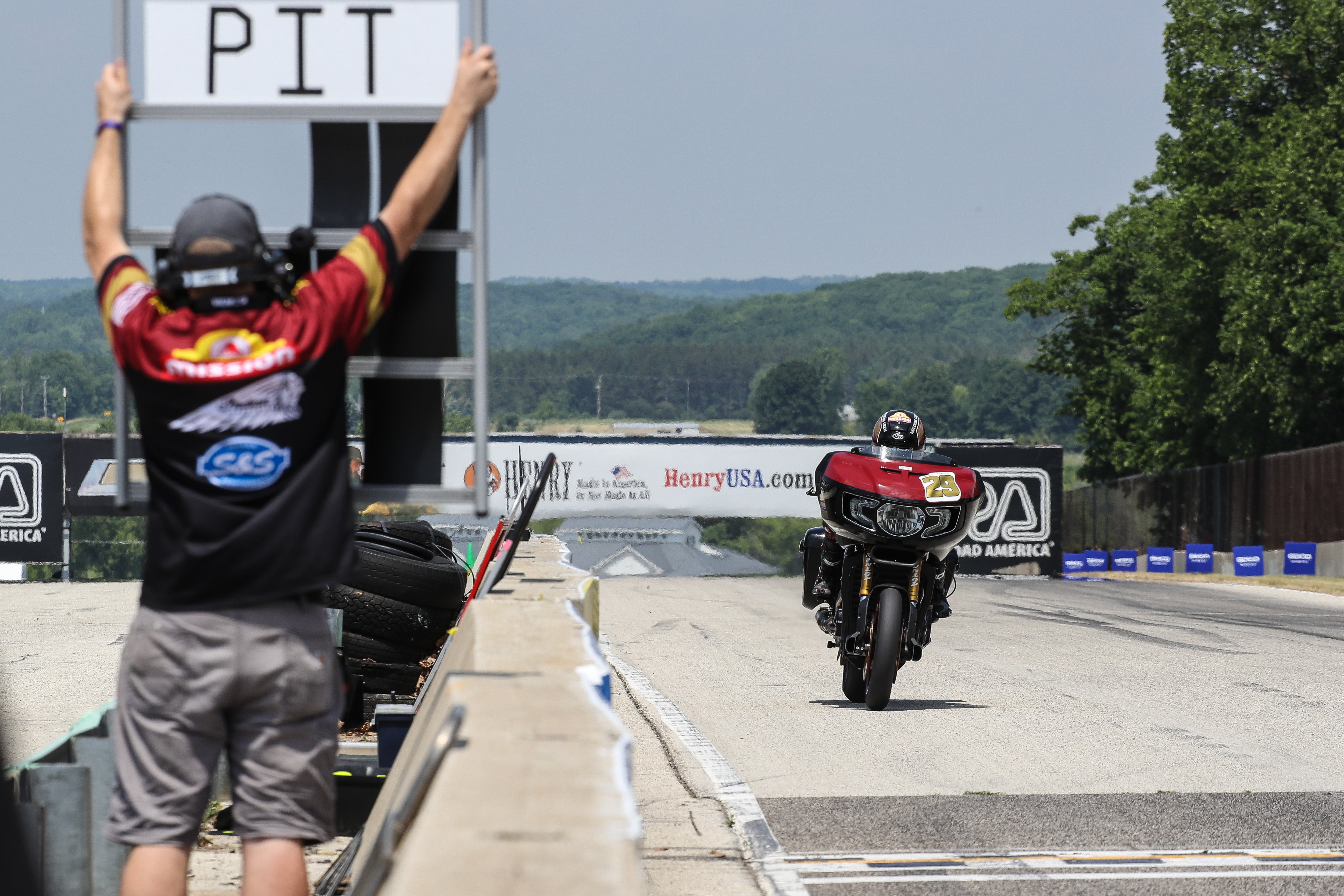 Rough day for our team, but we'll rally. In fact, the crew was already planning the next race before the bike was even loaded on the truck. We'll be back at the Bagger Racing League event in Utah on June 25-27, as well as the finals for the King of the Baggers on July 9-11 in Laguna, CA. 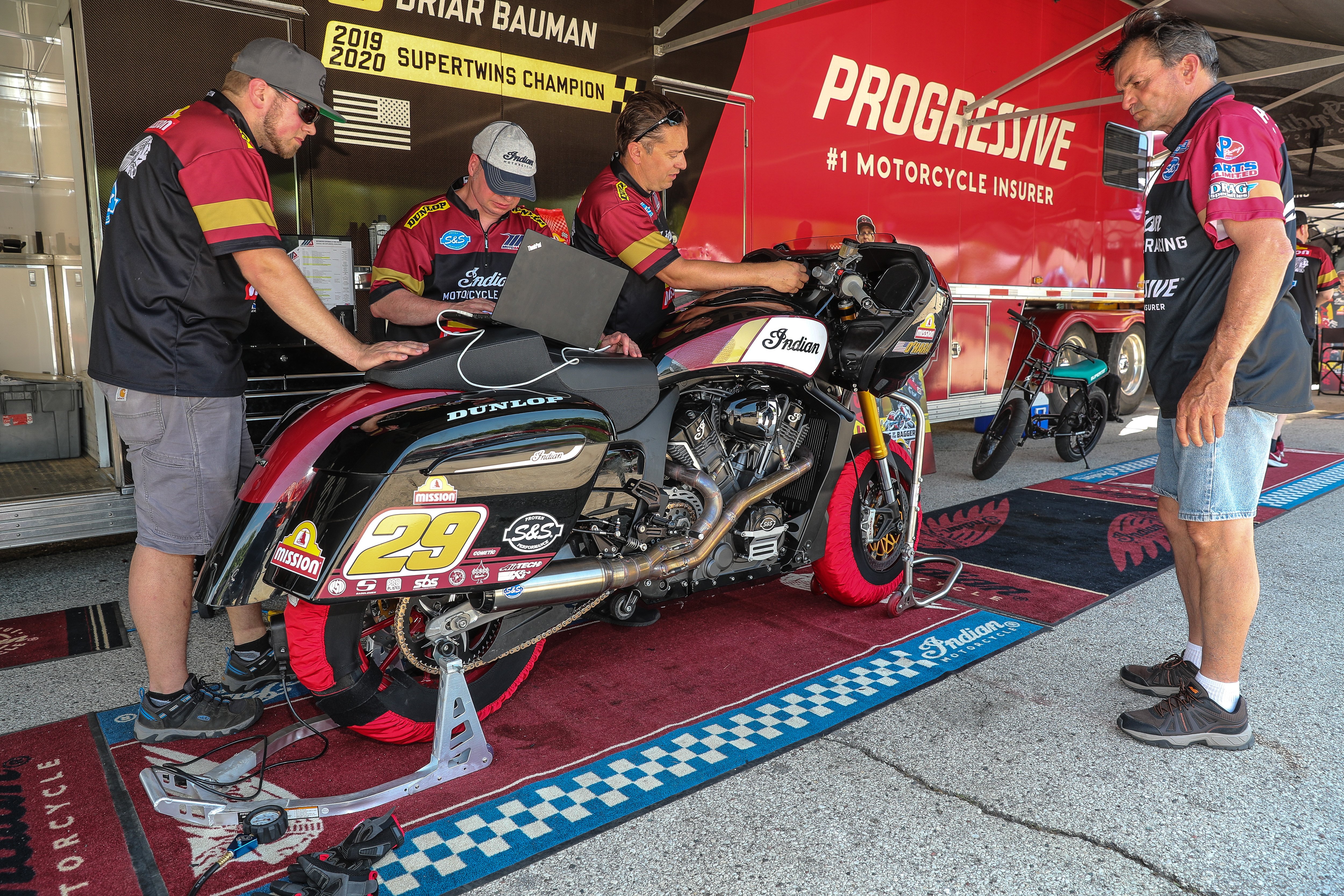 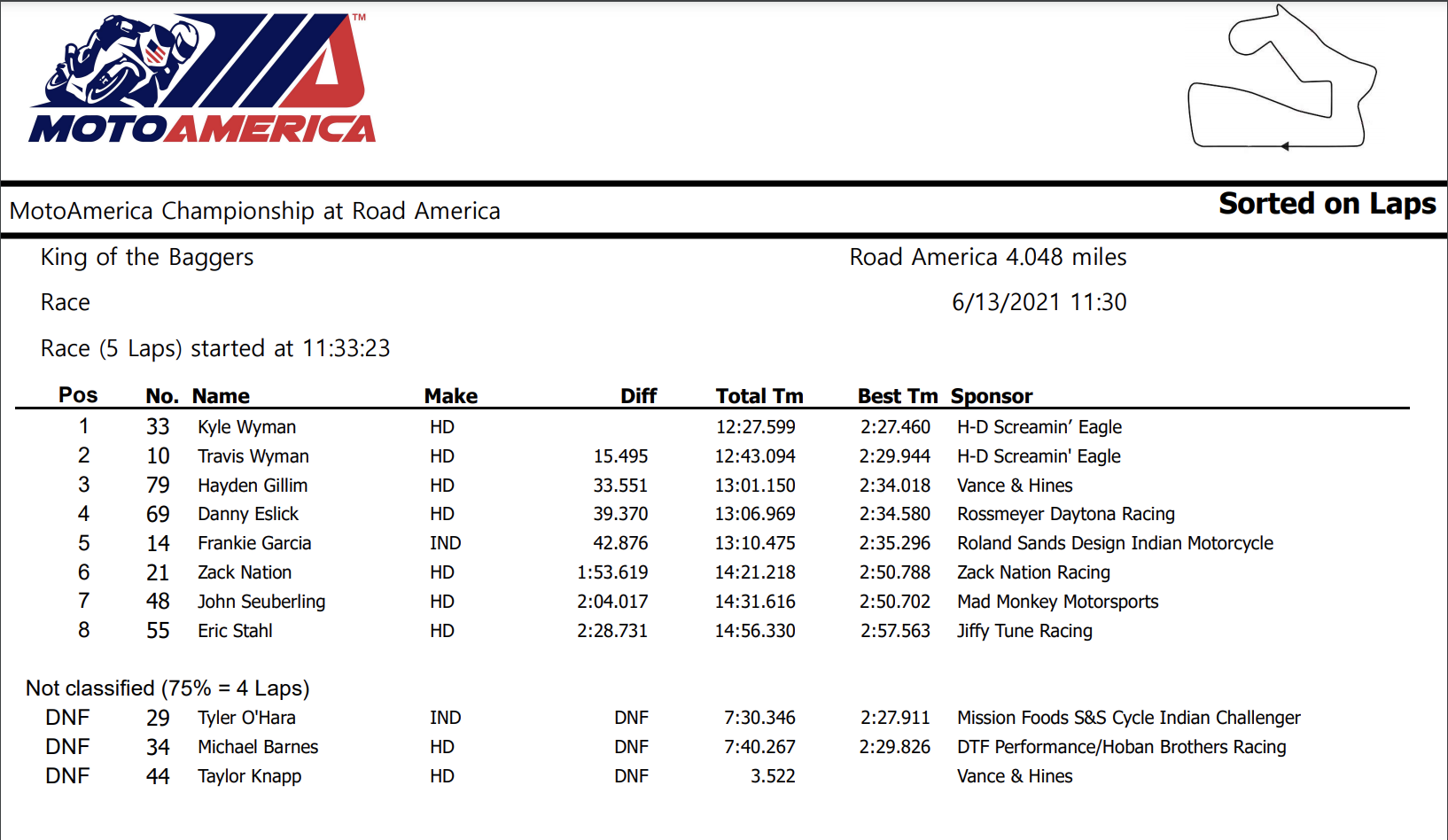