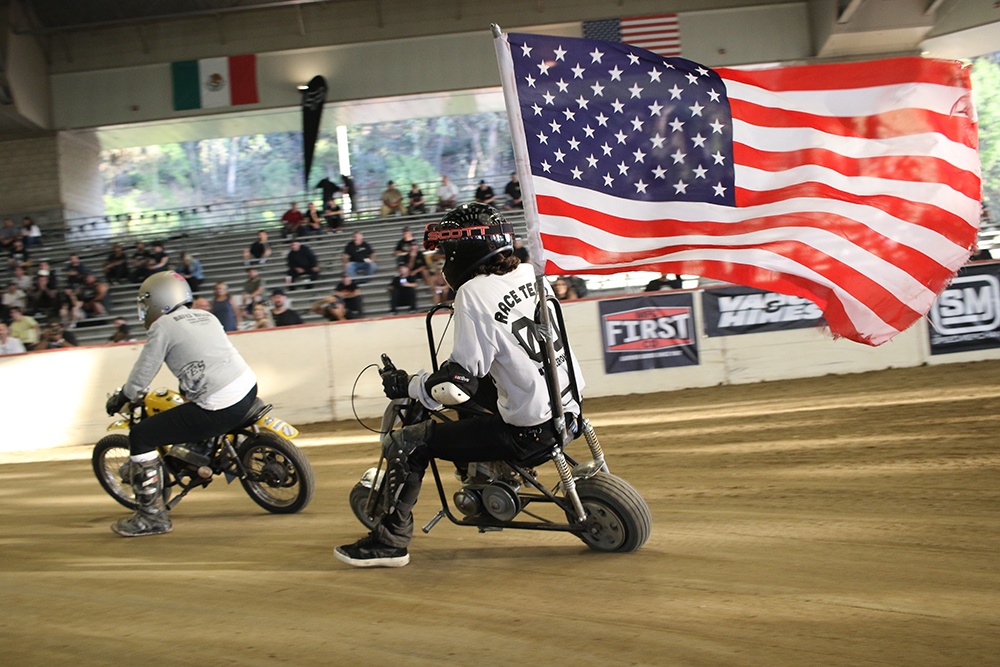 Thomas of Zero Hour may not be fast but he sure is patriotic!

In it's second year, the Born Free Stampede has gone crazy!

Now located at the Industry Hil ls Expo Center in So Cal, this went from a pretty standard Hooligan race to being absolutely overrun by motos of all kinds. Something like 60 minibikes hit the track, with countless hooligan racers.. seriously! I used to know pretty much all the hooligans by name, and now there are so many I can't keep track of who's who! 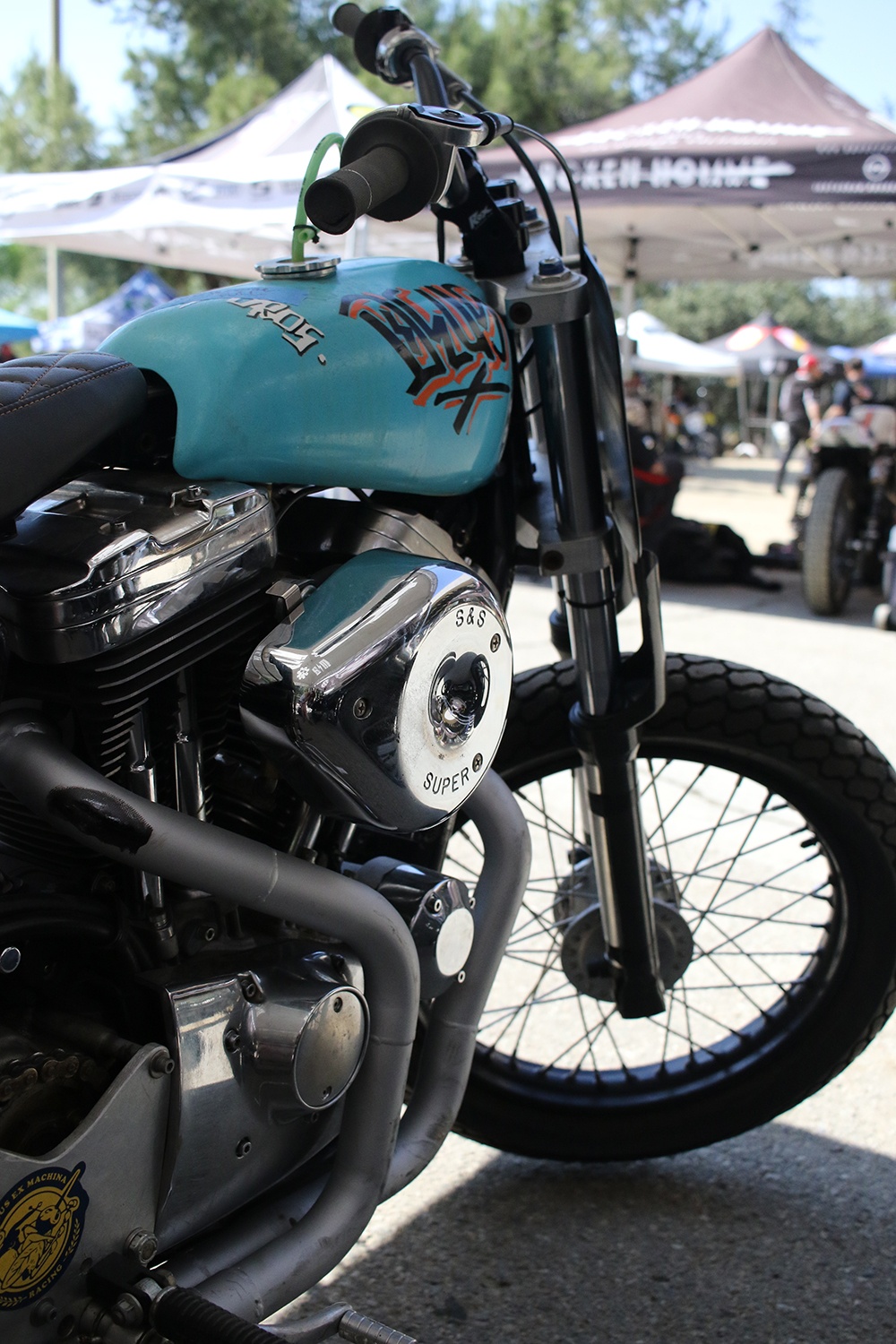 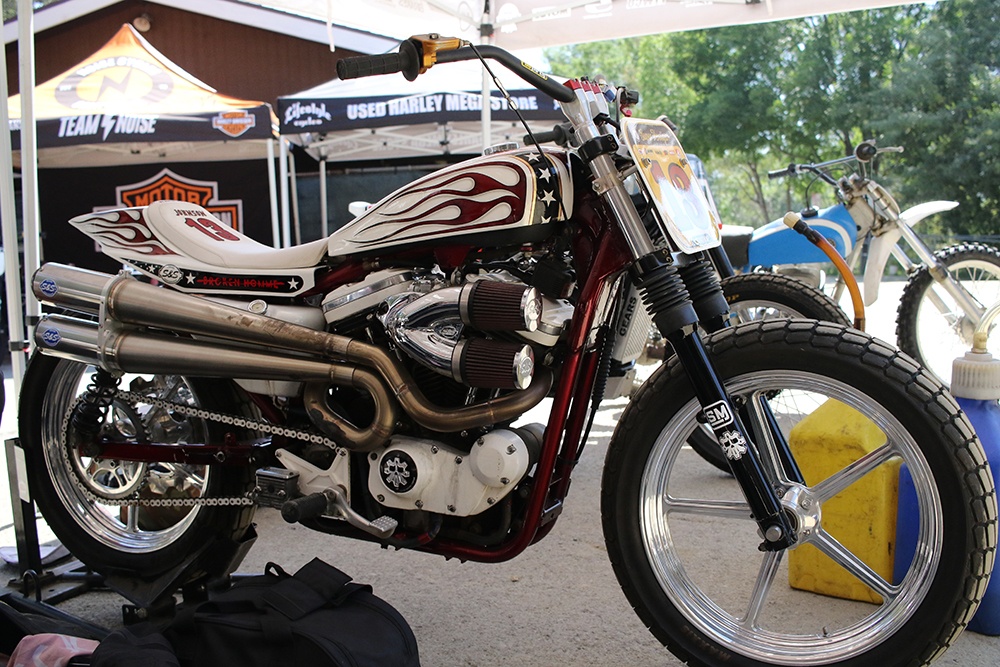 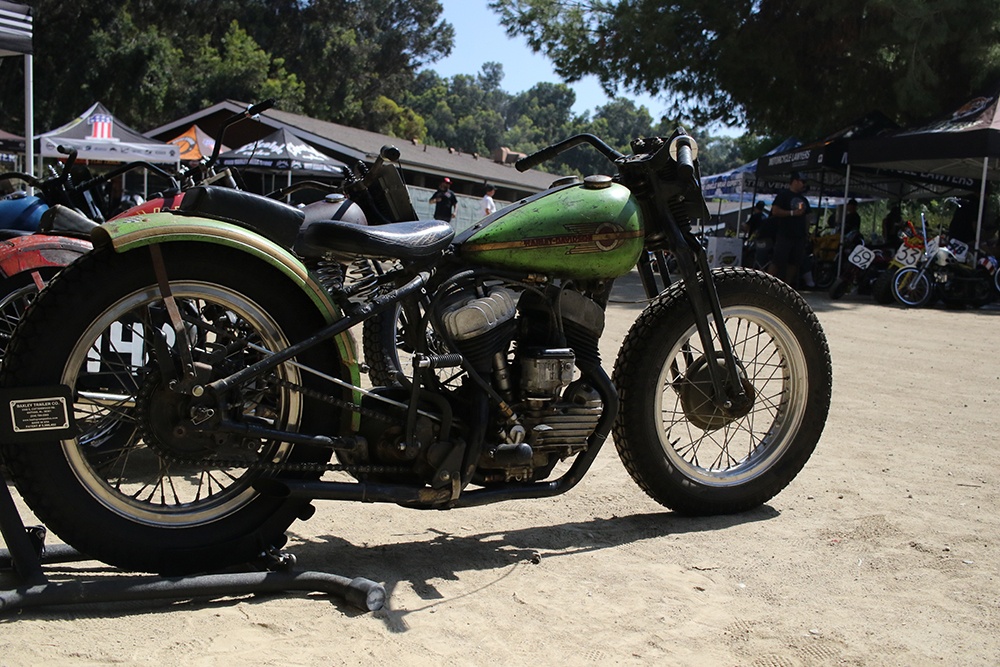 Some of my favorites were the vintage racers 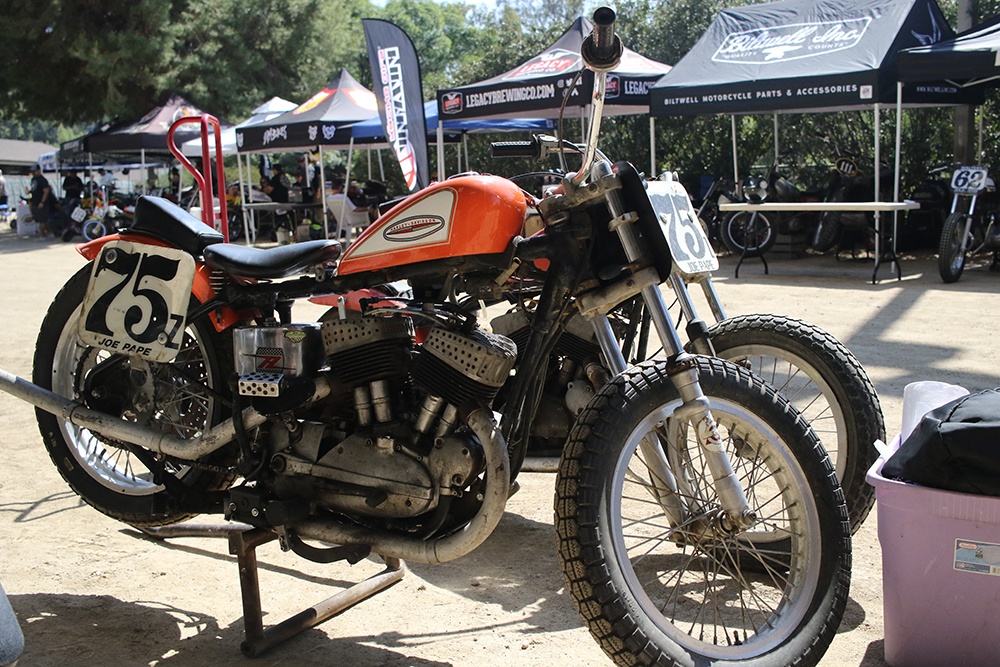 Think they'd notice if this bike went missing for.. the amount of time it takes to do about 6 laps? I'd love to ride it.. 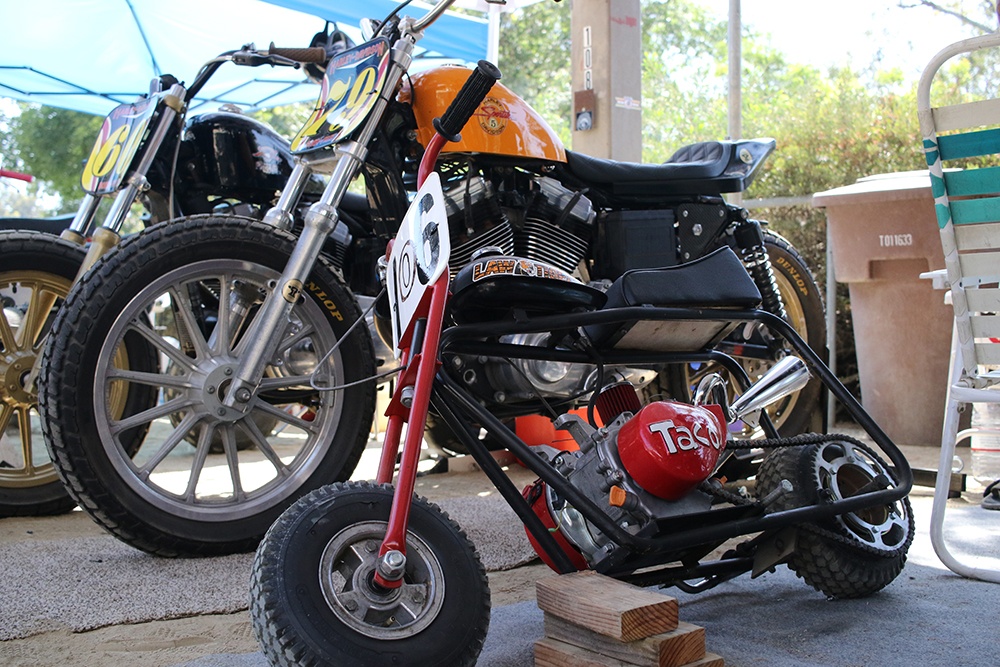 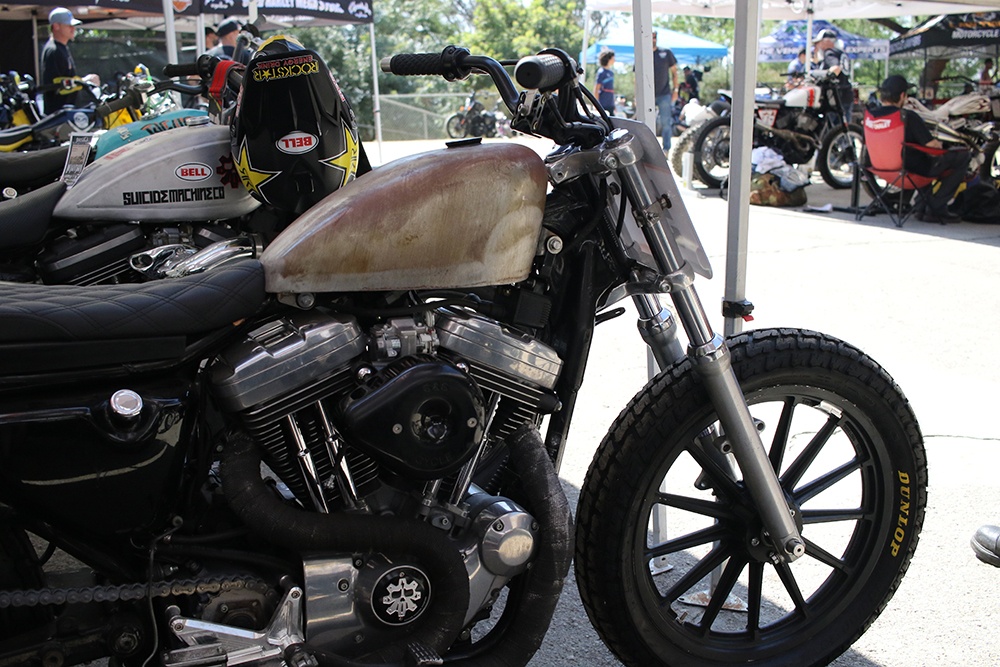 Stephanie Pietz rode this Sporty Tracker in a couple classes 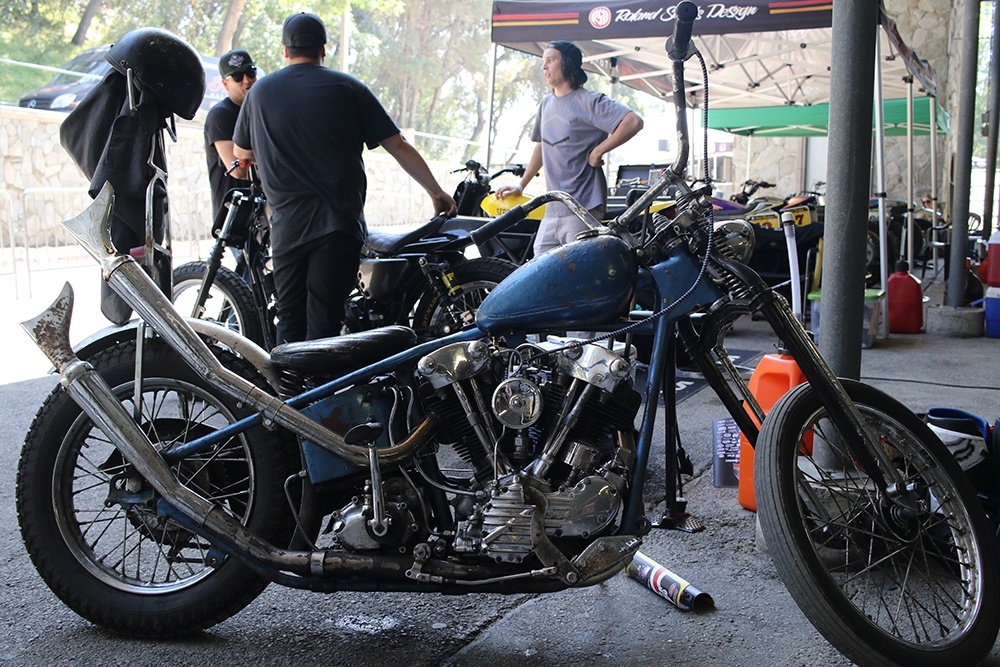 Some of the best racing was the choppers.. I'd ride this thing on or off the track!

A beauty of a Scout 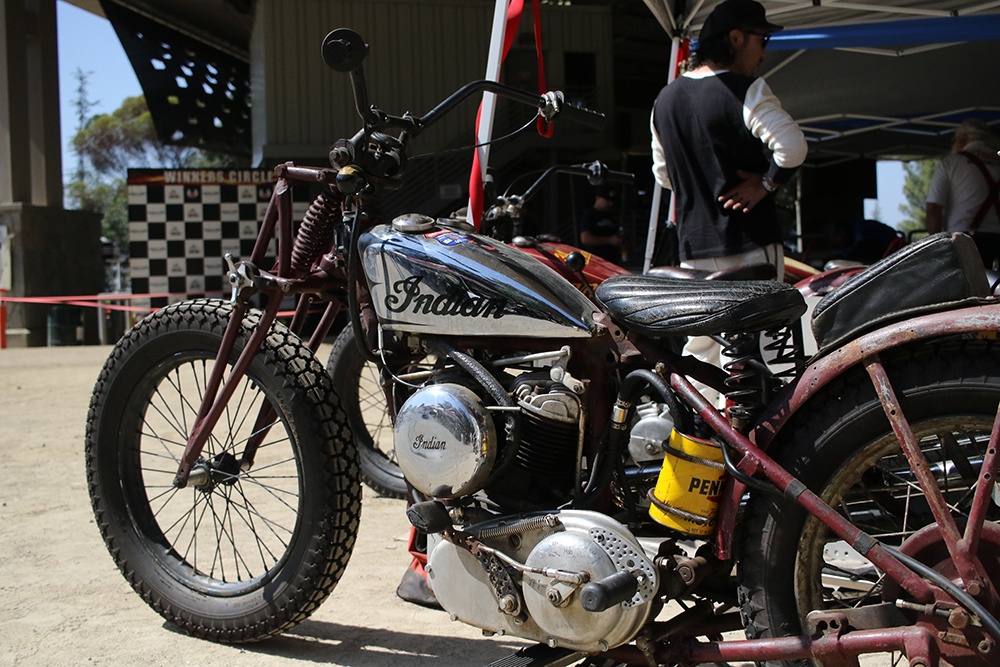 And some classic Indian flavor

Anyway, on to the racing..

Classes ranged from Pull Start Mini, XR 75, Vintage Single & Open Twin, Tank Shift, Ladies, Hooligan and Chopper (my personal favorites being Ladies and the Chopper class, of course, but perhaps I am biased..) 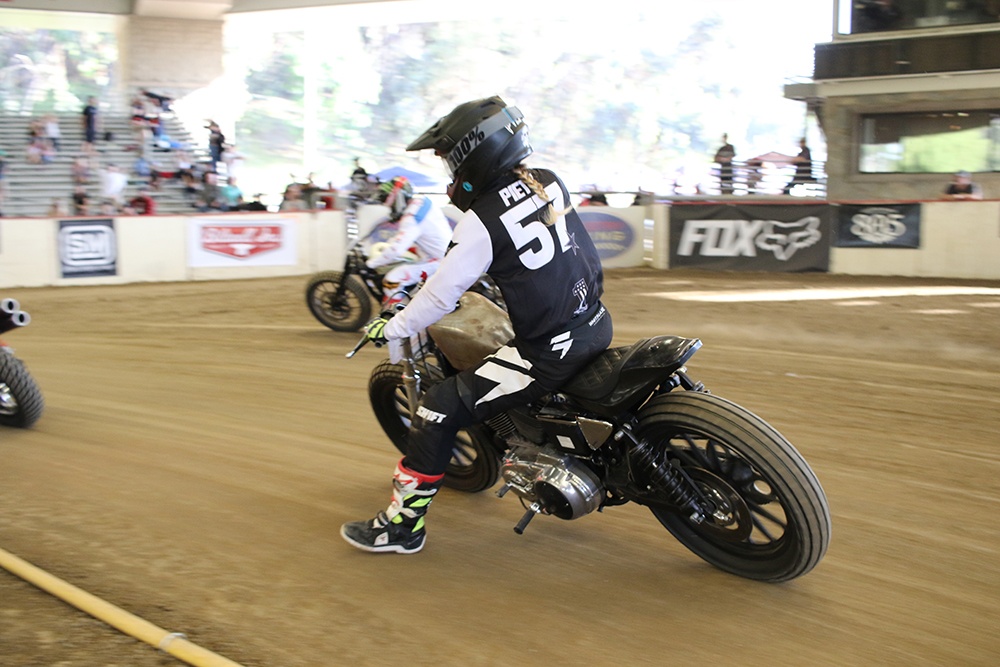 Stephanie rode both Hooligan and Womens 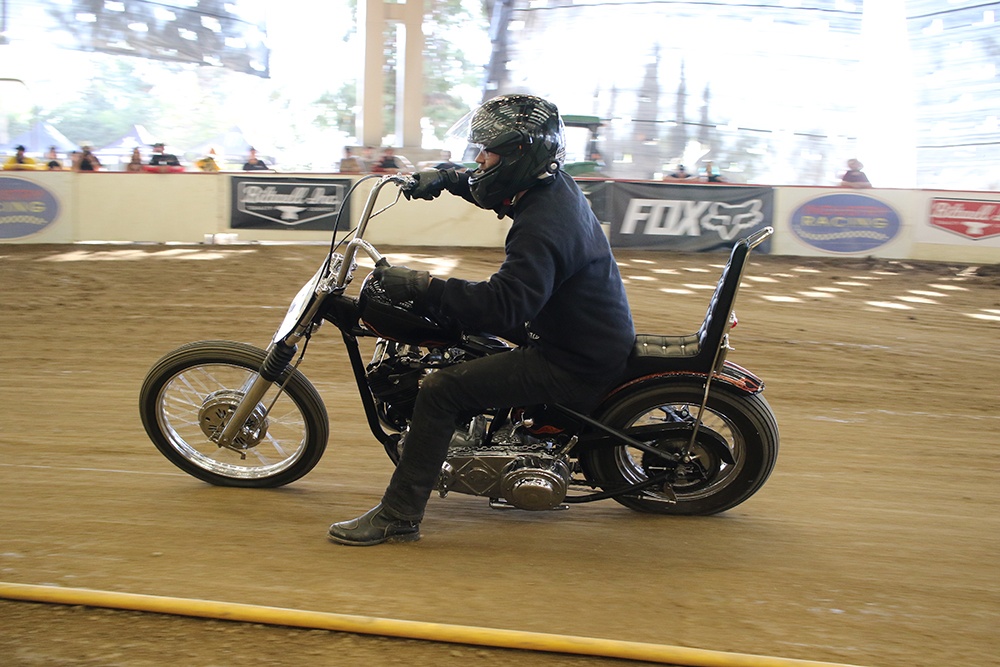 Choppers on the racetrack! 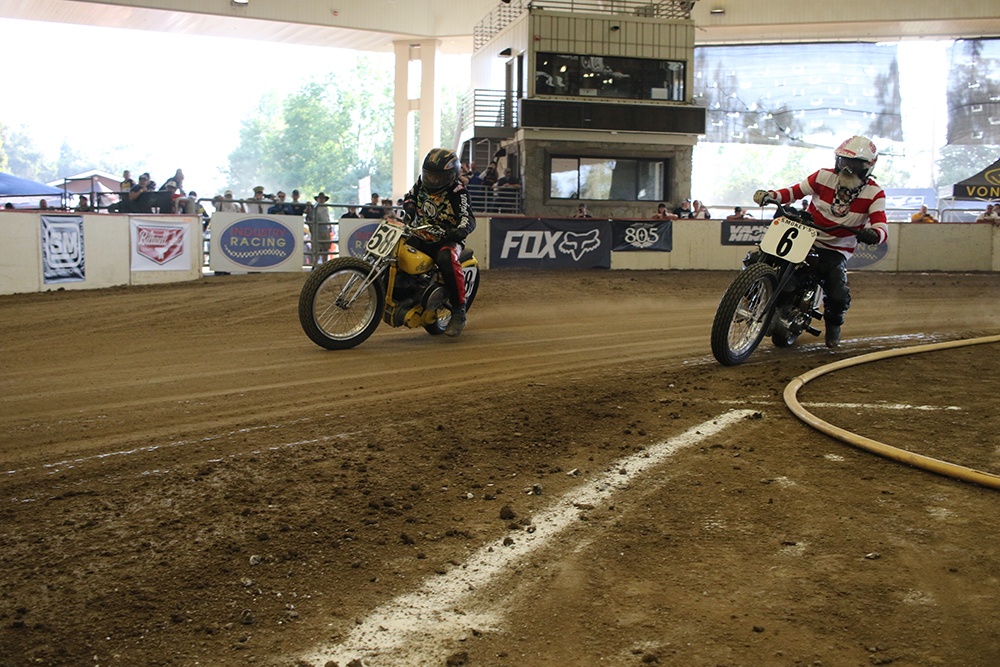 I've been watching these guys race the Speedway for years.. 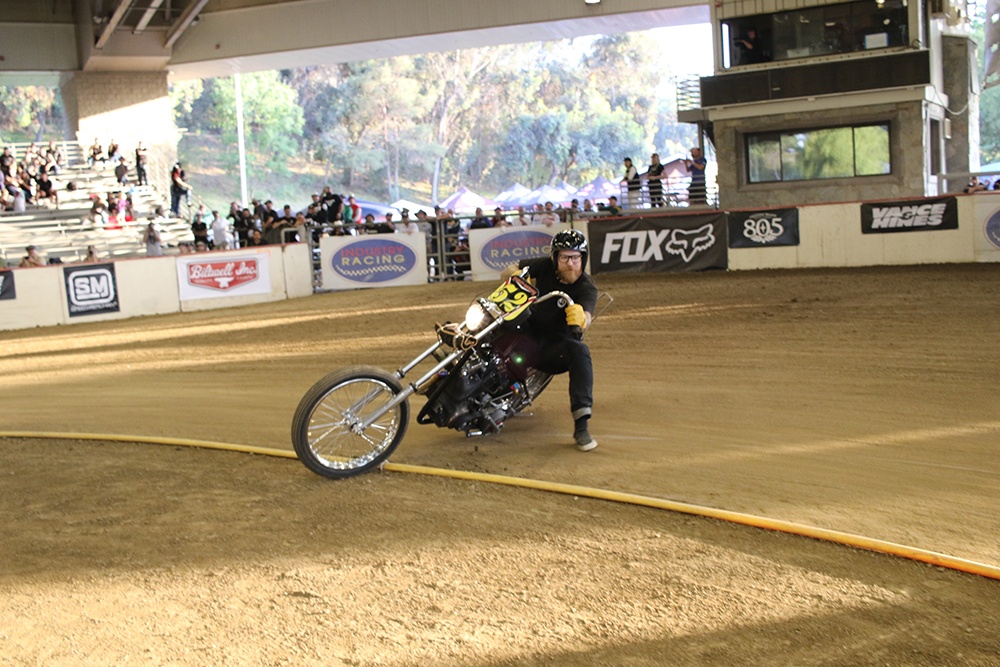 Street tires are not so good for dirt traction 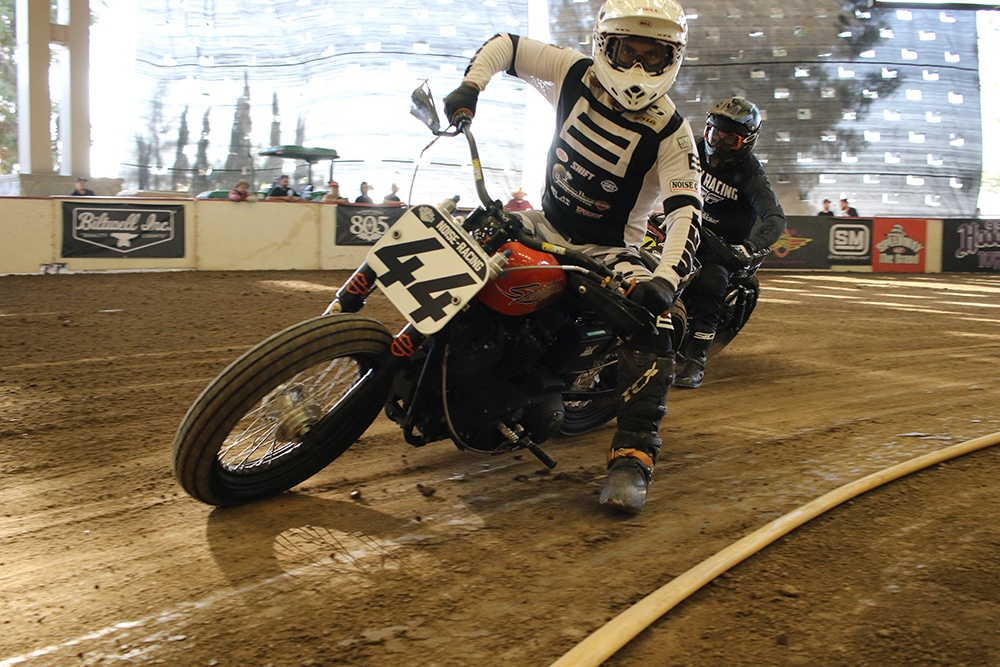 The Gonz with the race face 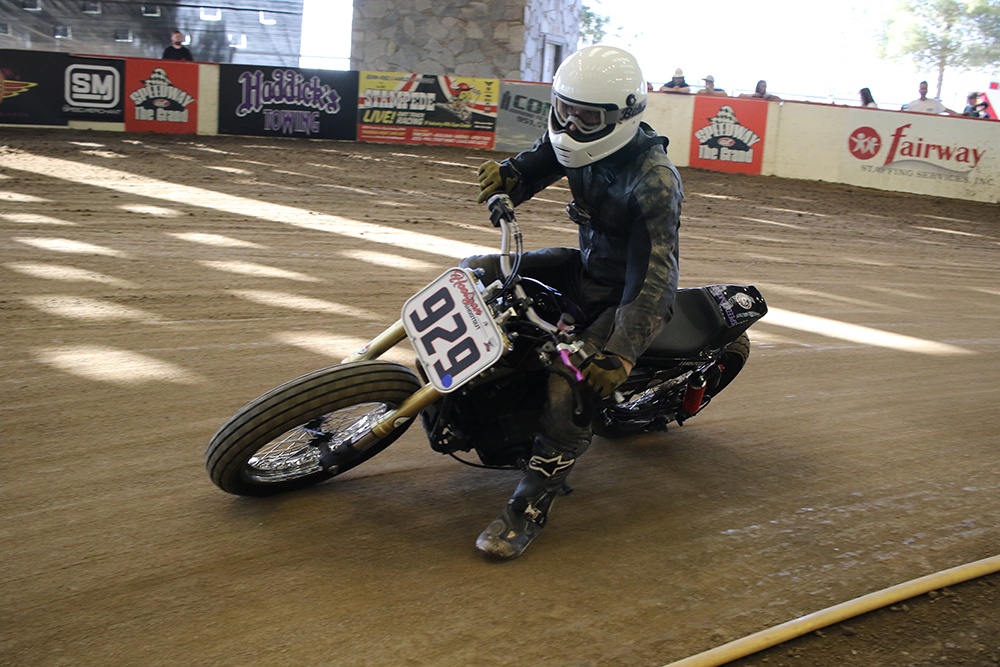 Jimi improves his form every time he gets on the track! 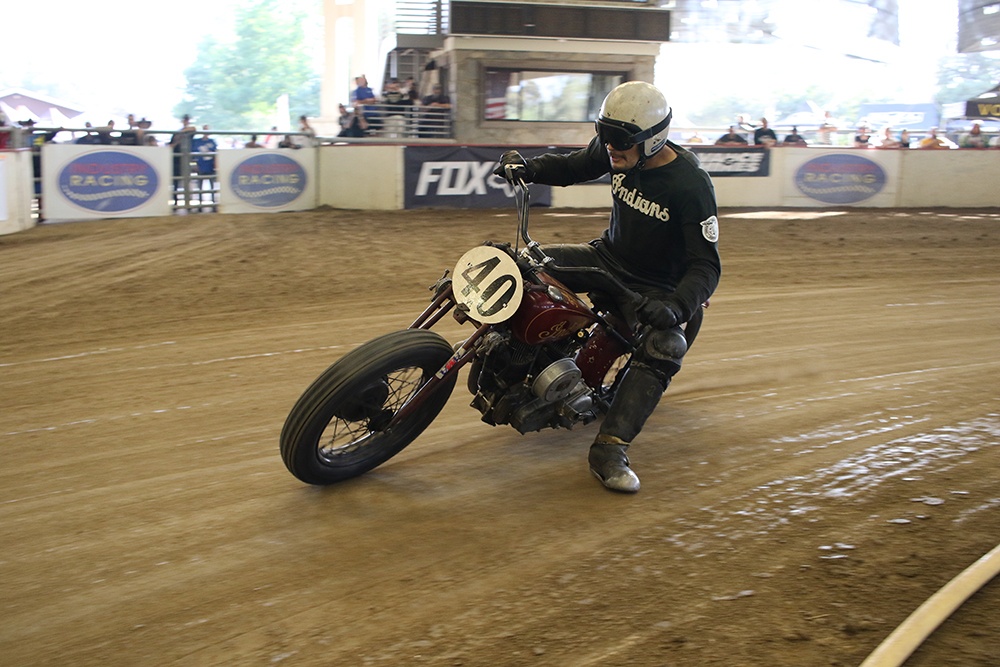 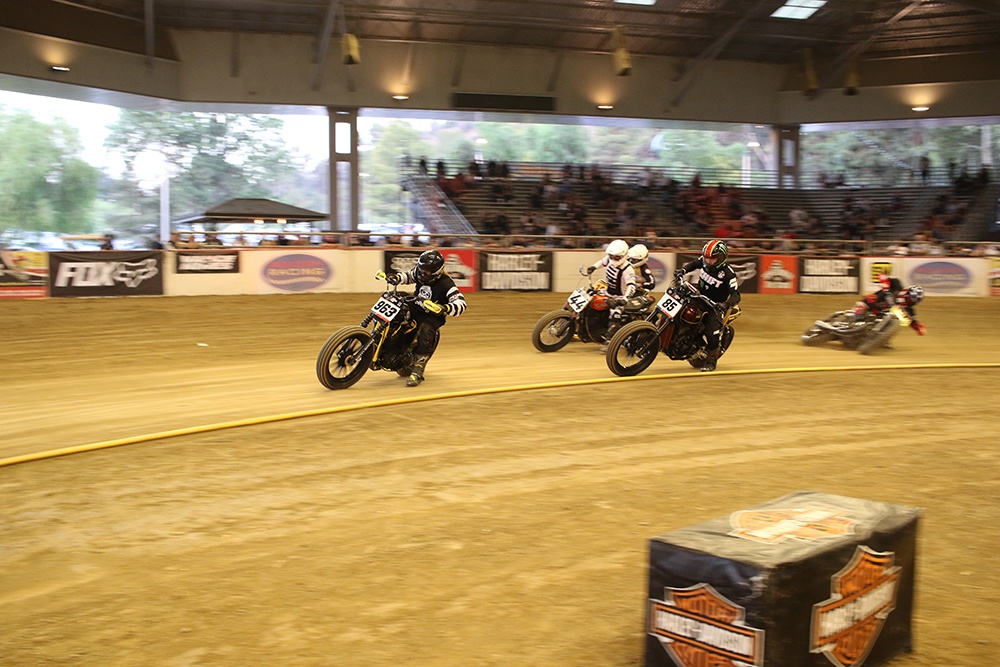 That's hooligan racing for ya..

All the goofballs you know and love to watch race were there - Noise Cycles, SM Co, who included Stephanie Pietz, a dirtbike racer turned flat tracker, Anya of Babes Ride Out, Meatball, of Hell On Wheels - who's been hosting races as long as I can remember! - Buddy Suttle of Unknown, Bill and Mike of Biltwell, the Beer Breed Racing guys, and so many more! And of course, some guy who looked suspiciously like Cheech Marin rolling around on a pull-start mini bike.. 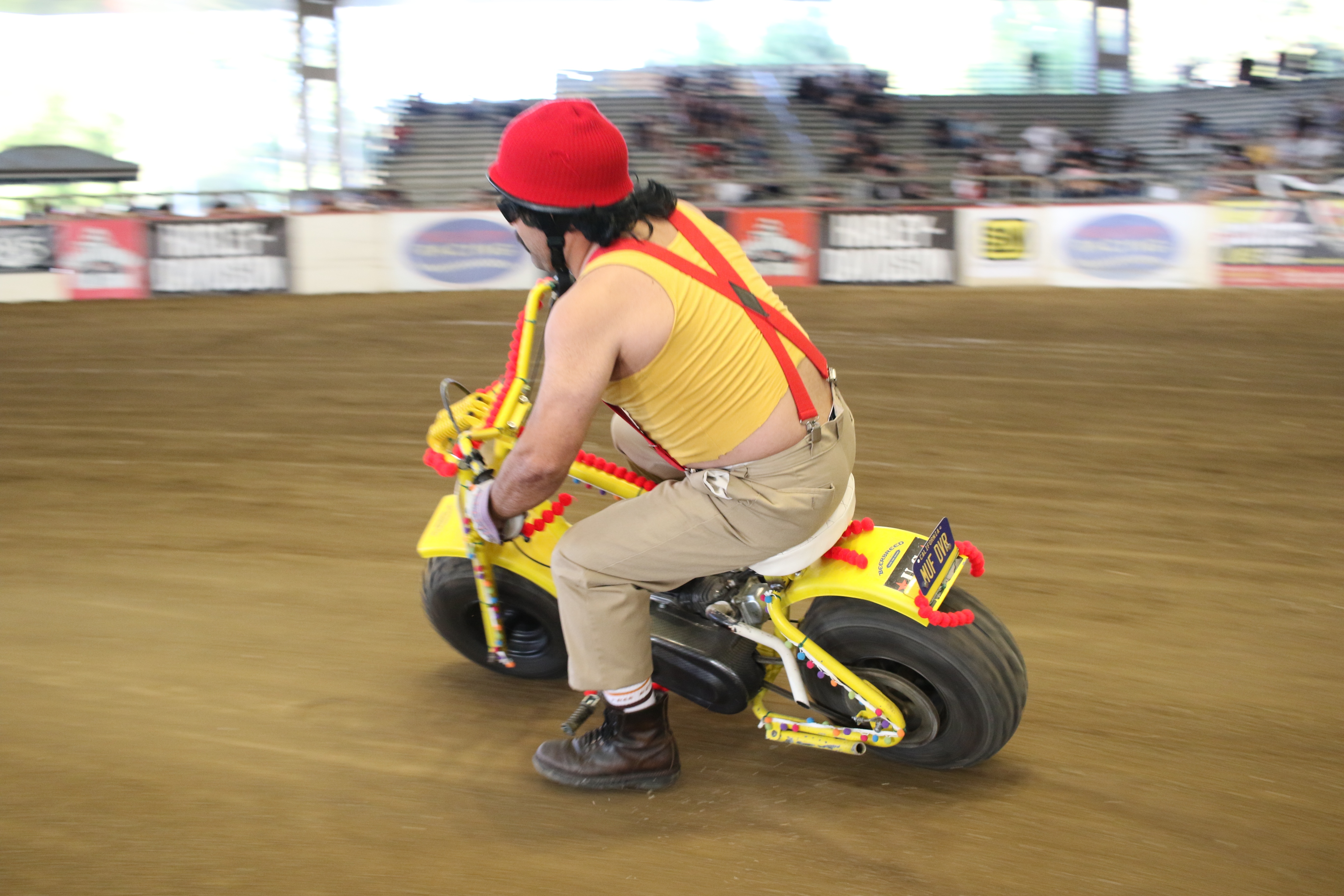 Check out the video and all the photos for the best of the action!