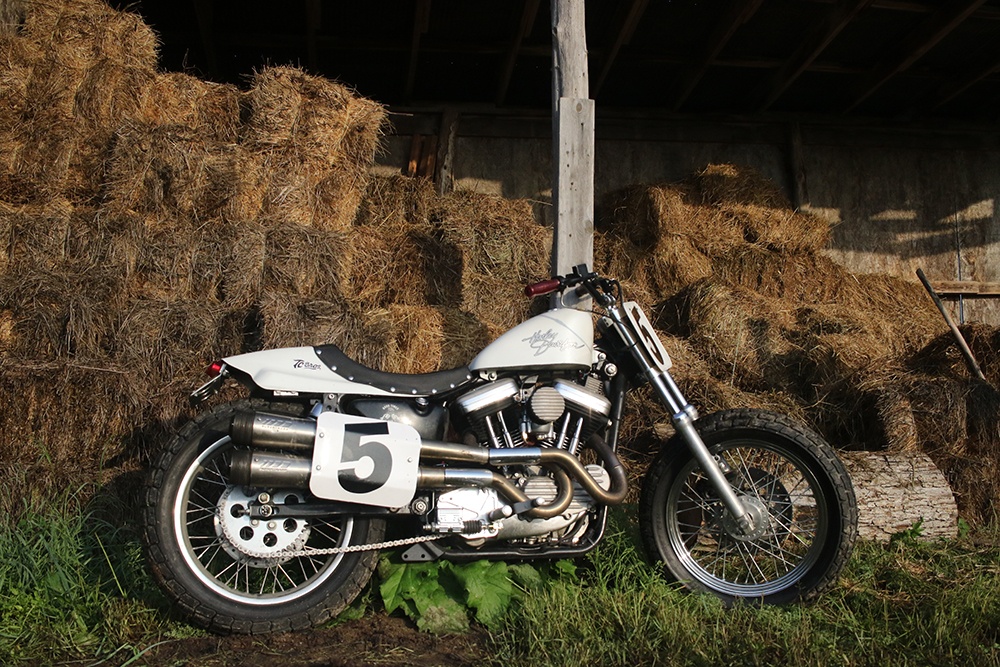 Each year,  Bear of Old Bike Barn throws the Greasy Dozen Run - the concept of which is pretty cool - find 12 builders, plus a lucky #13 for a "bakers dozen" - and award them with gift cards from various sponsor companies (like us, for 5 years running now!) to finish up a build. This year he chose some garage builders who had a bike they were lagging on, hadn't gotten to, or had for one reason or another put off finishing. 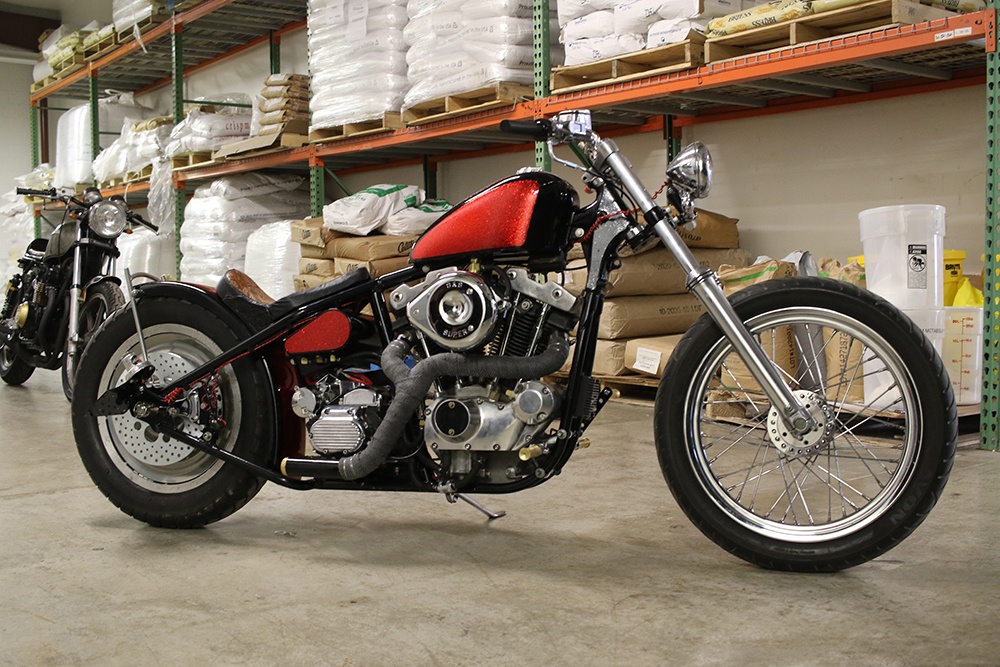 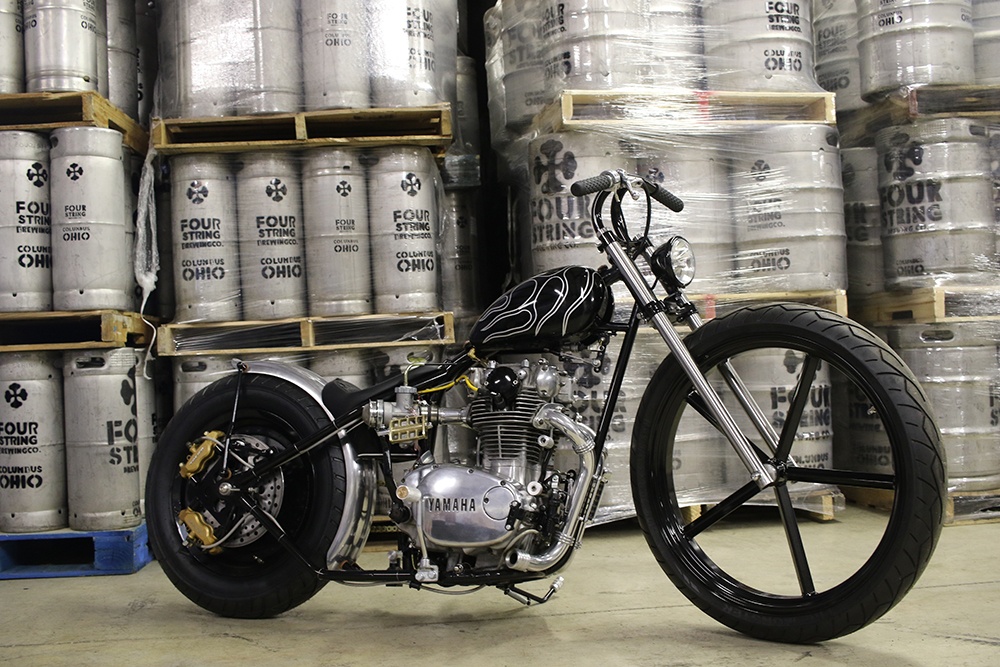 The pre-party took place at a local brewery, Four String Brewing/ Hilltop Brew out in Columbus, OH. Each builder brought their finished bike and parked throughout the brewery itself, along with live music from Lauren Lever & the Live Oaks and Max Pain & the Groovies. Freakshow Deluxe came out to show off some sideshow stunts, like fire breathing, sword/balloon swallowing, and more. A great night and a great prequel to the campout! Oh, and Bear gave away a trip to his newest project, Himalayan Heroes - motorcycle tours through places like Nepal, India, and more! Kevin "Bean're" also known as the Mayor of Fun won the raffle and will be heading overseas to ride a Royal Enfield with Bear and the crew. 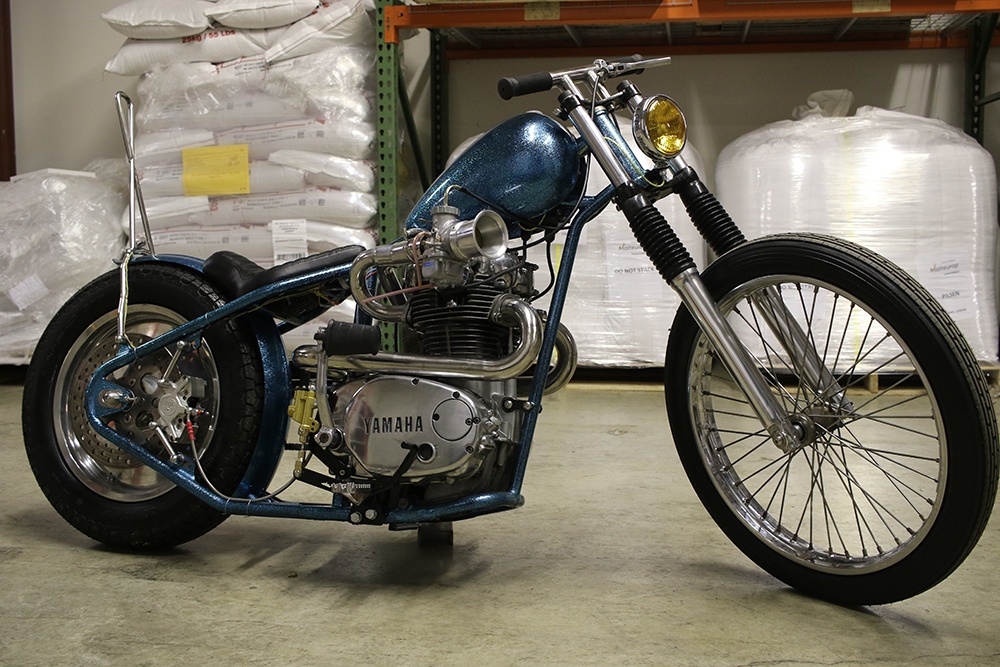 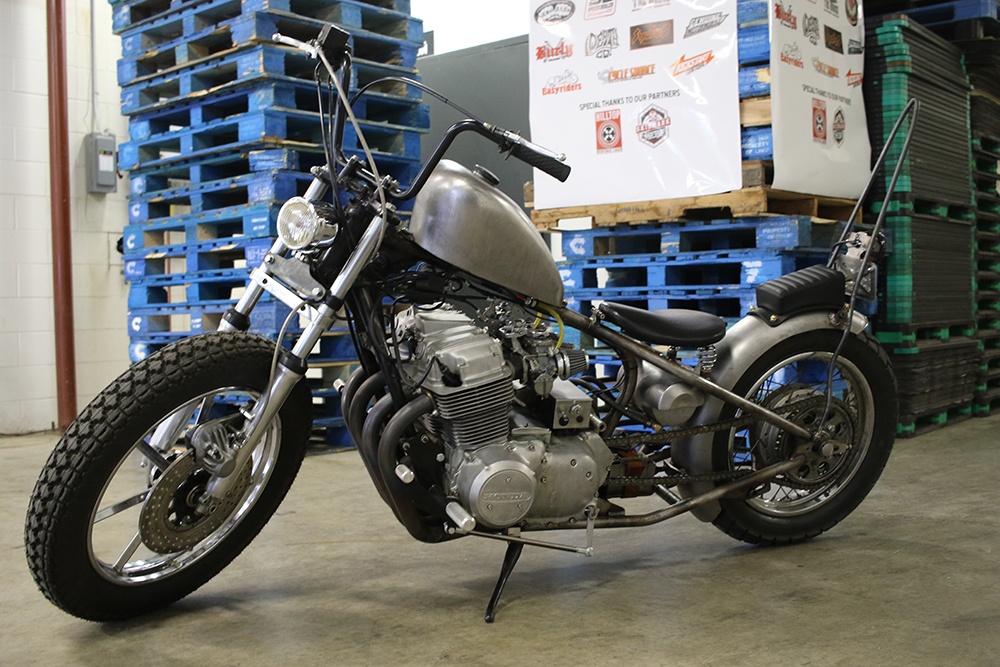 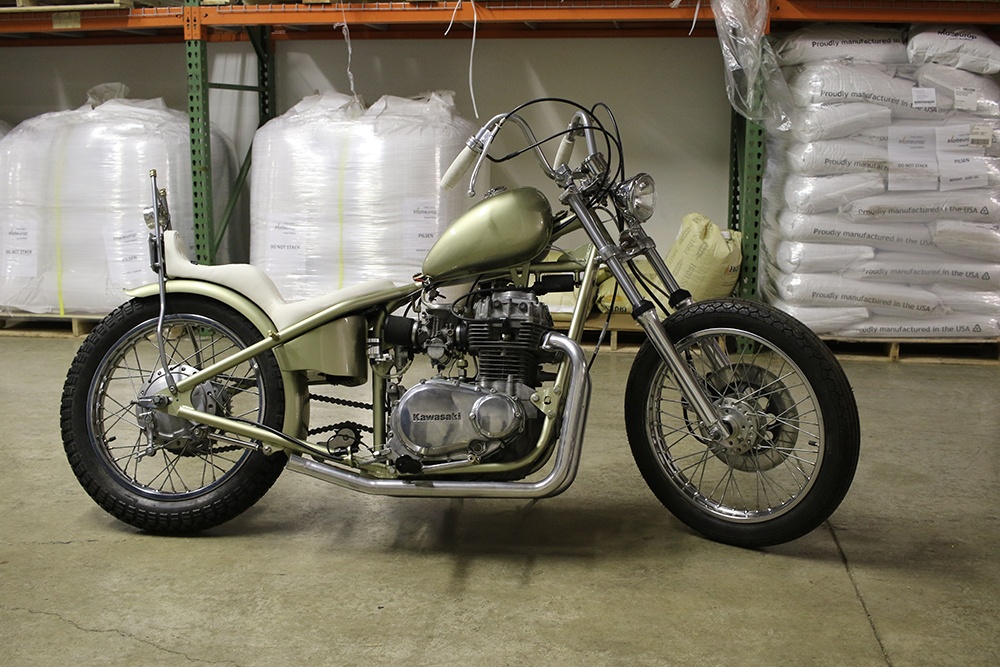 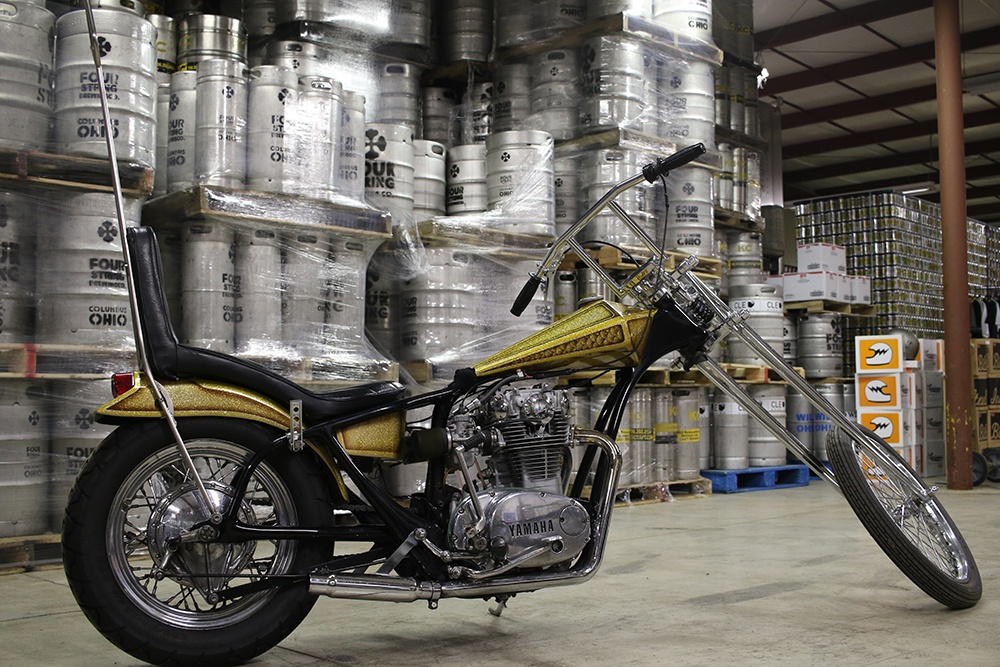 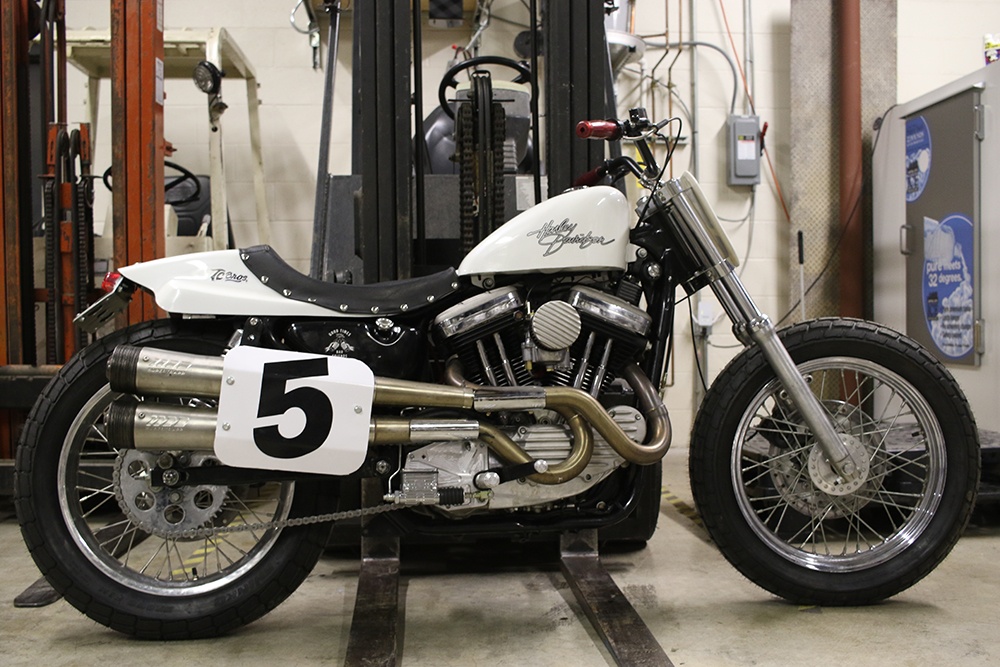 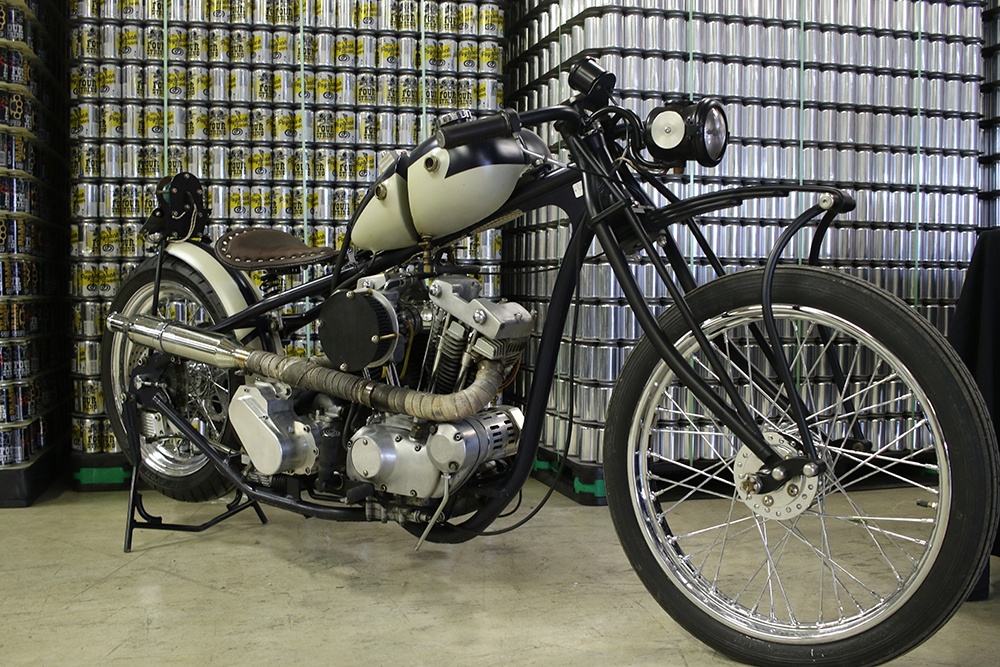 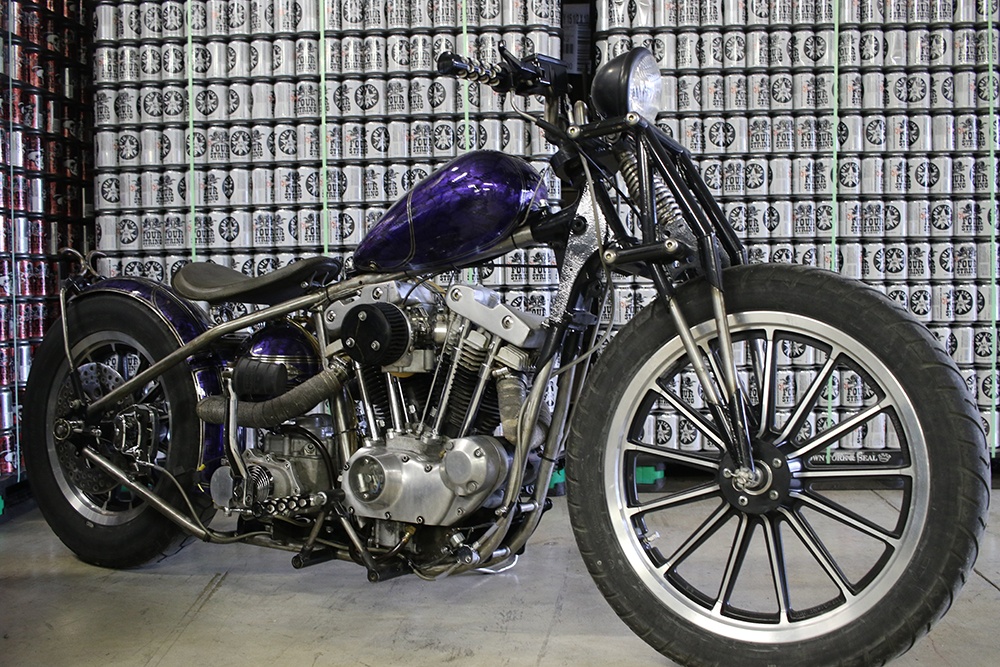 The run itself is an organized ride through the winding back roads of Ohio, originating in Columbus and heading out to a large farm some 200 miles out of town. Twisting tree lined roads, switchbacks and small towns make the ride relaxing and exciting at the same time. A large bonfire, plenty of drinks from sponsor Hilltop, dinner and free camping, and the show bikes set up to check out make this event very grassroots and incredibly fun. 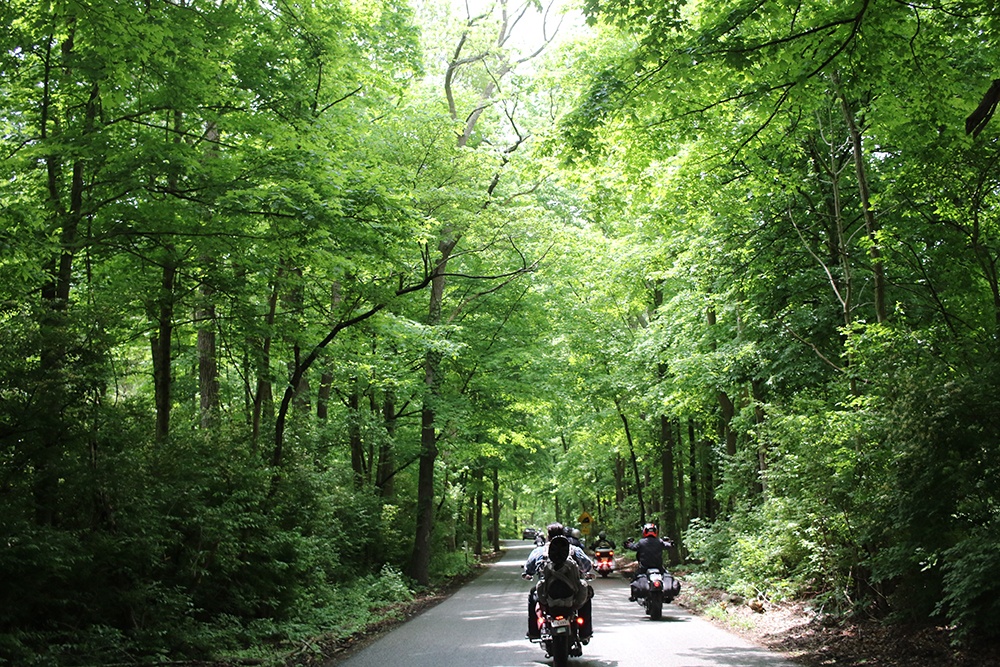 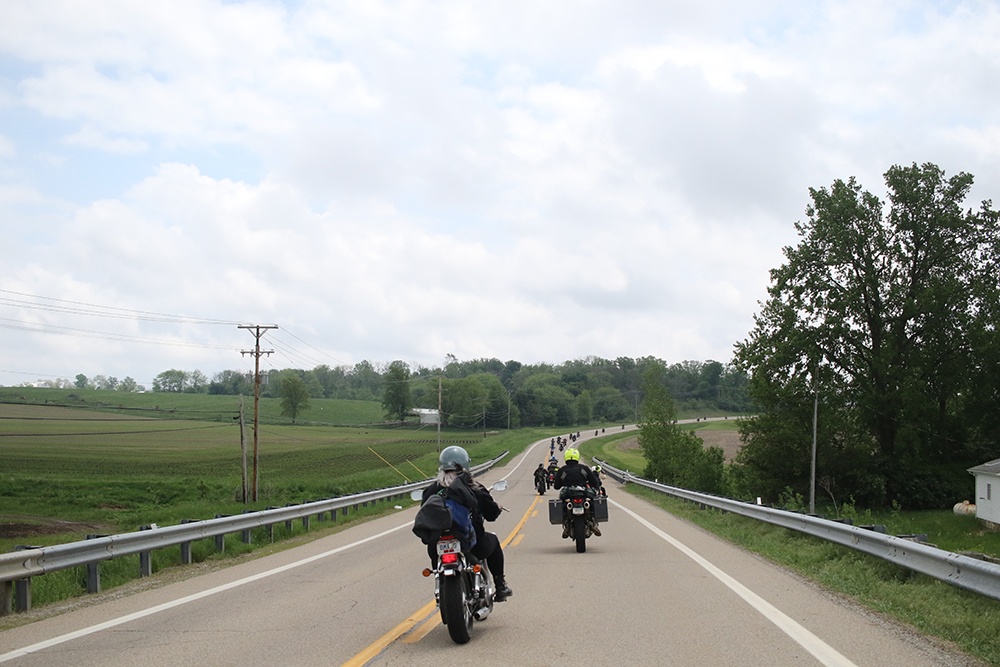 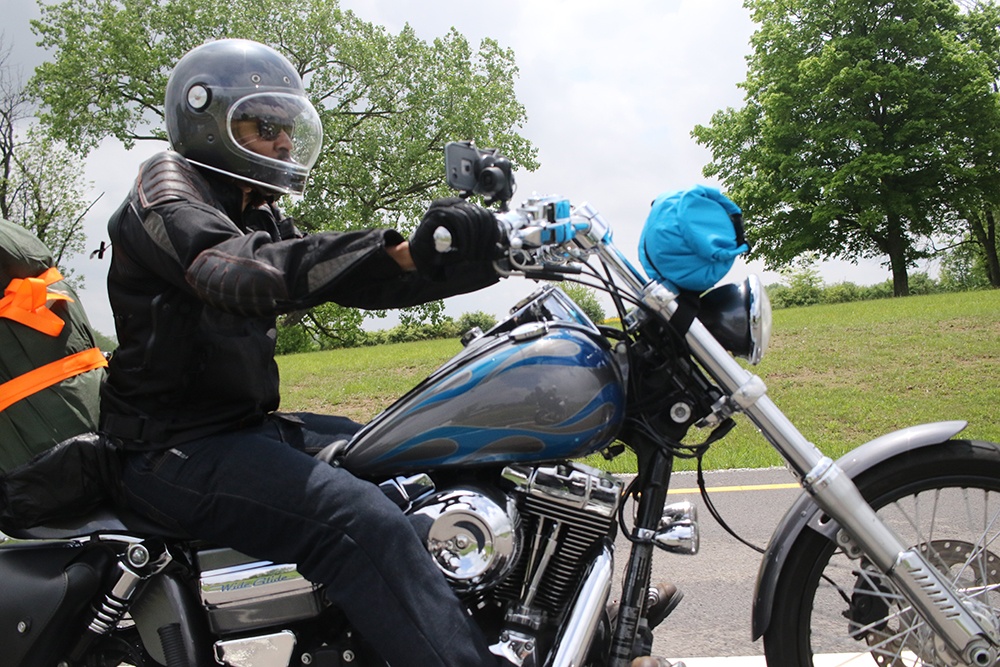 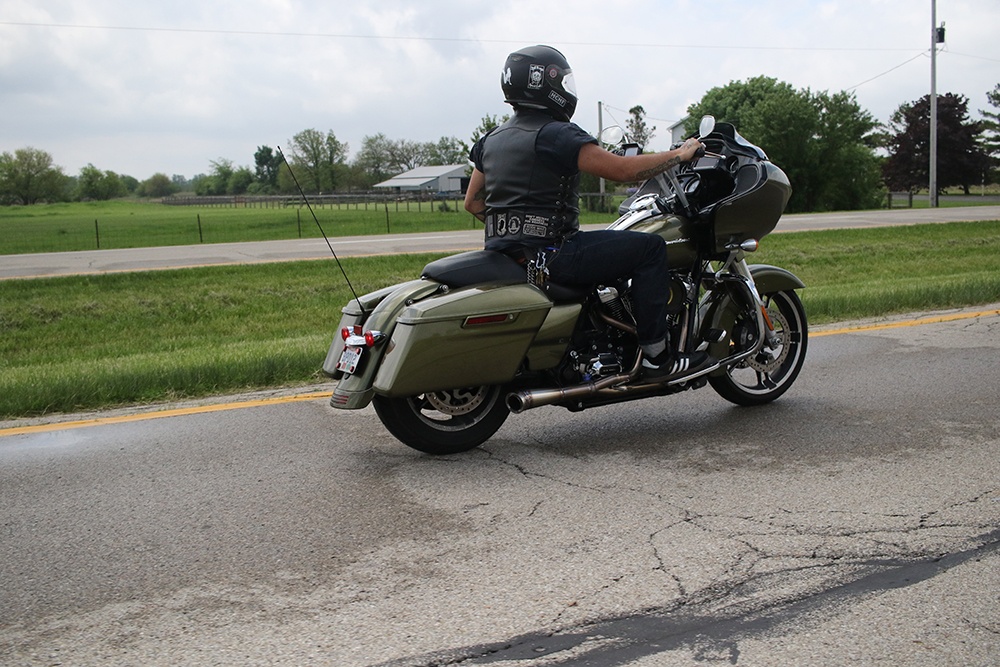 Making this year's run a little more challenging was some weather, with rain hitting on and off, but not enough to scare off a solid number of riders. What's a little weather, right? That's just a free bike wash! It really wasn't too bad for most of the ride, although it made the entrance to the camp itself a bit muddy.. but that just made it more fun! A couple bikes tipped over, but the riders laughed it off, wiped the mud off their faces, and grabbed a brew to warm up by the fire. 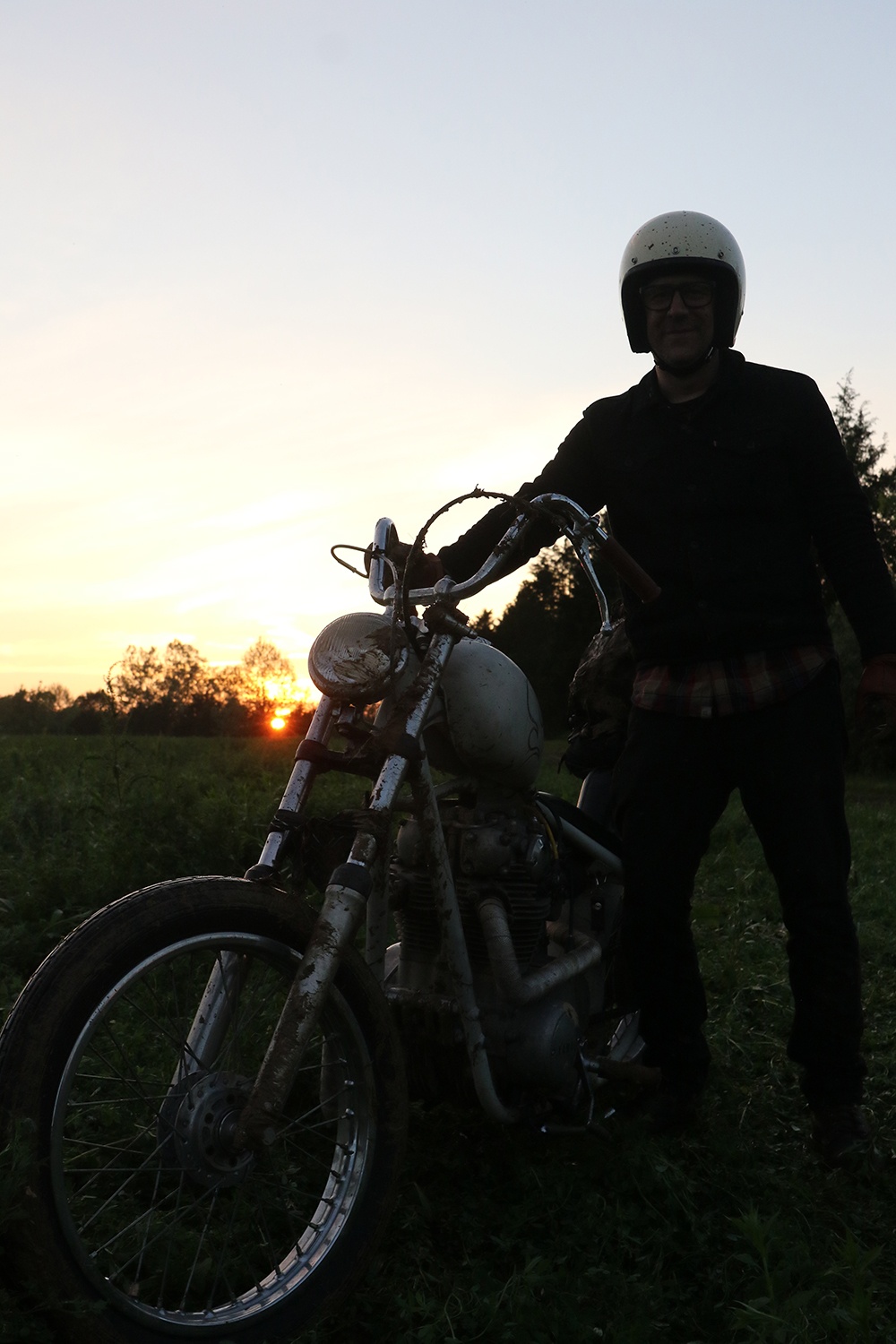 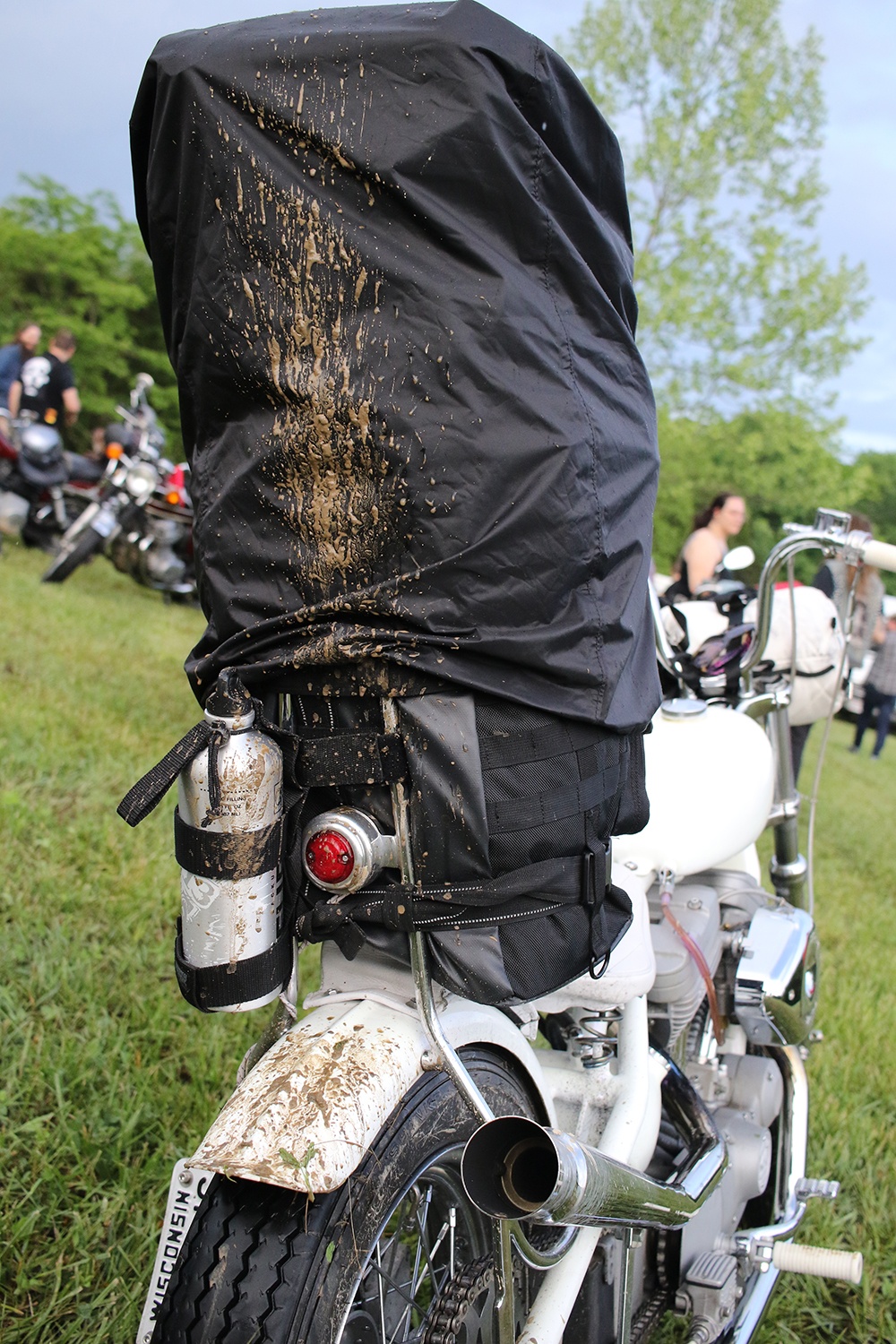 Events like these brew true friendships - from the "grey beard" Ed on his HD® Softail® to the young guys on Sporties, ADV riders and dirt bikers, cafe racers and classic stock metric bikes - everyone is there to hang out, have fun and have some great stories of the road to tell at work the next week.  It was great to get a chance to chat with the builders themselves, like Heather and Chris L, who built a chopper for Heather out of a KZ440. The Shortsters crew brought out a divorced trans ironhead (with Super E, of course!) that was a cool custom chop. Ethan W rolled his HD® Sportster® tracker on the ride (also rocking a Super E) and he sure had fun in the mud! 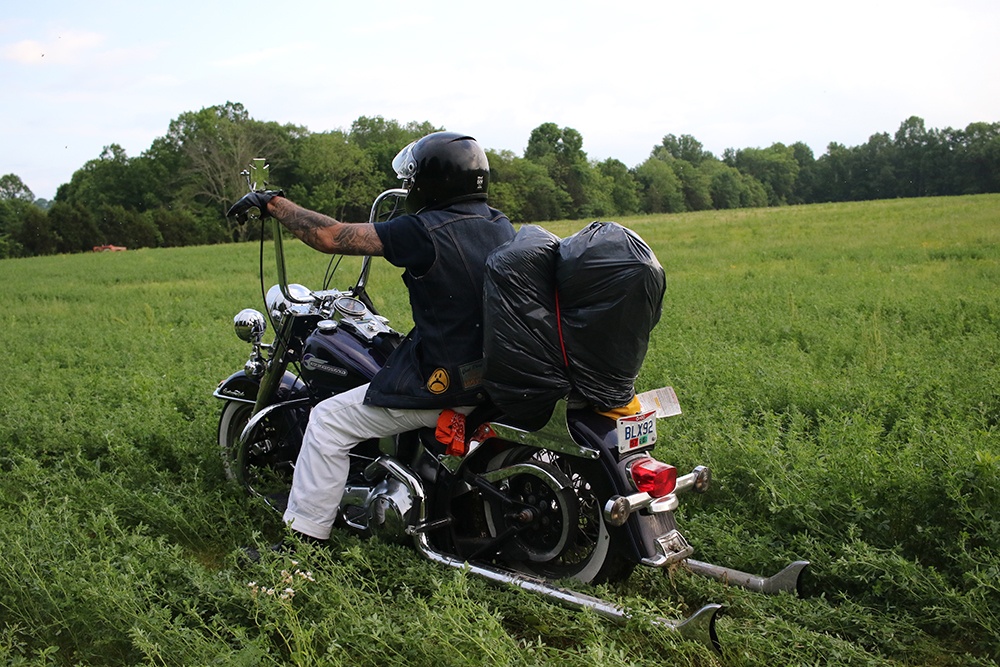 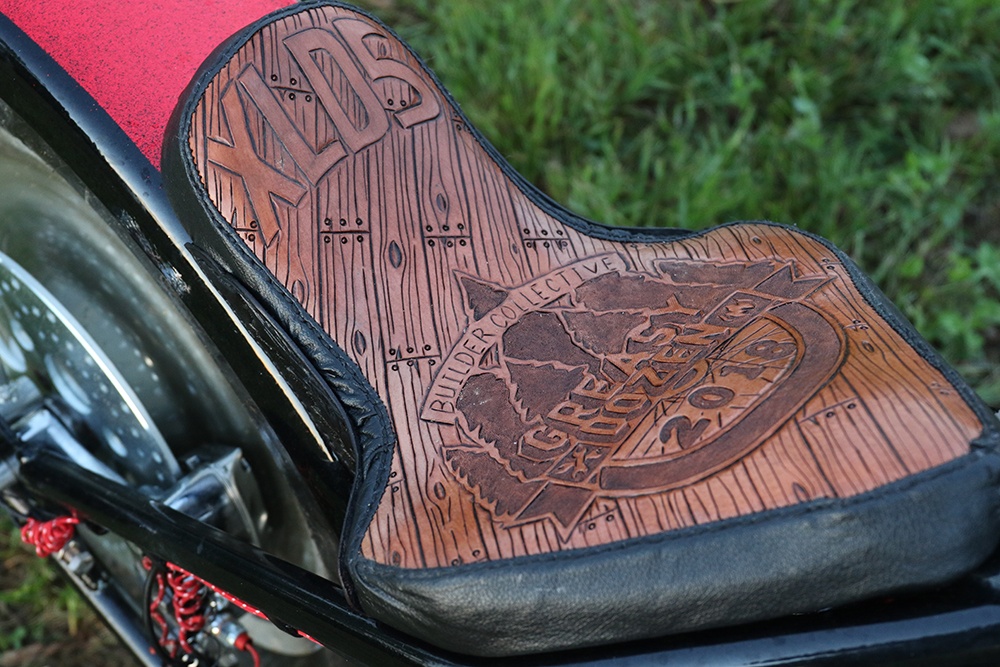 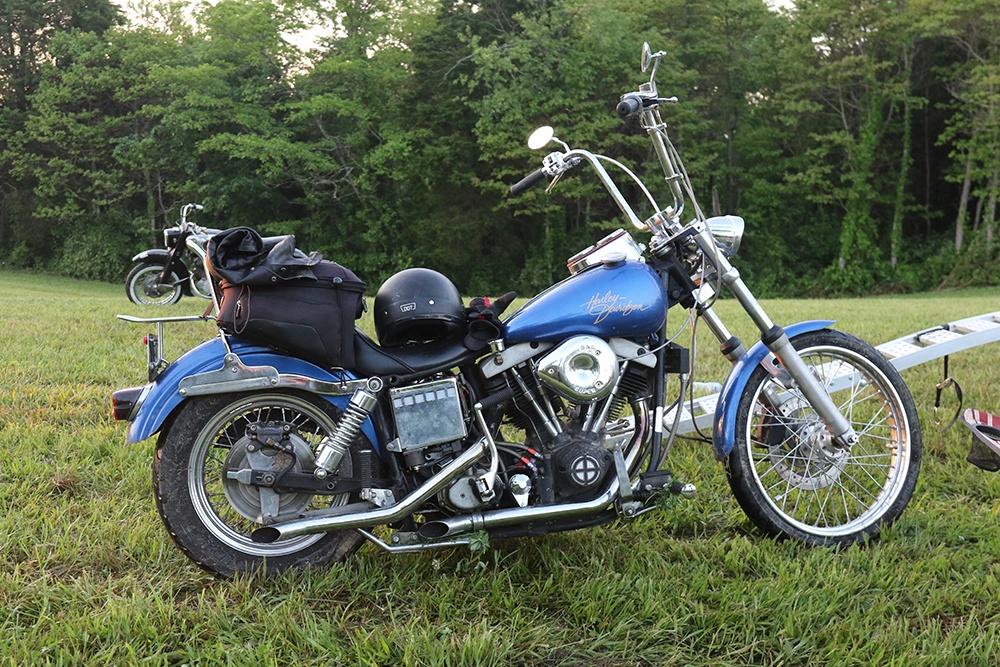 If you dig grassroots campouts, making friends, and riding motorcycles, this is definitely the event for you. Check out more on the run on the Old Bike Barn Instagram & Facebook, @oldbikebarn , and on thegreasydozen.com 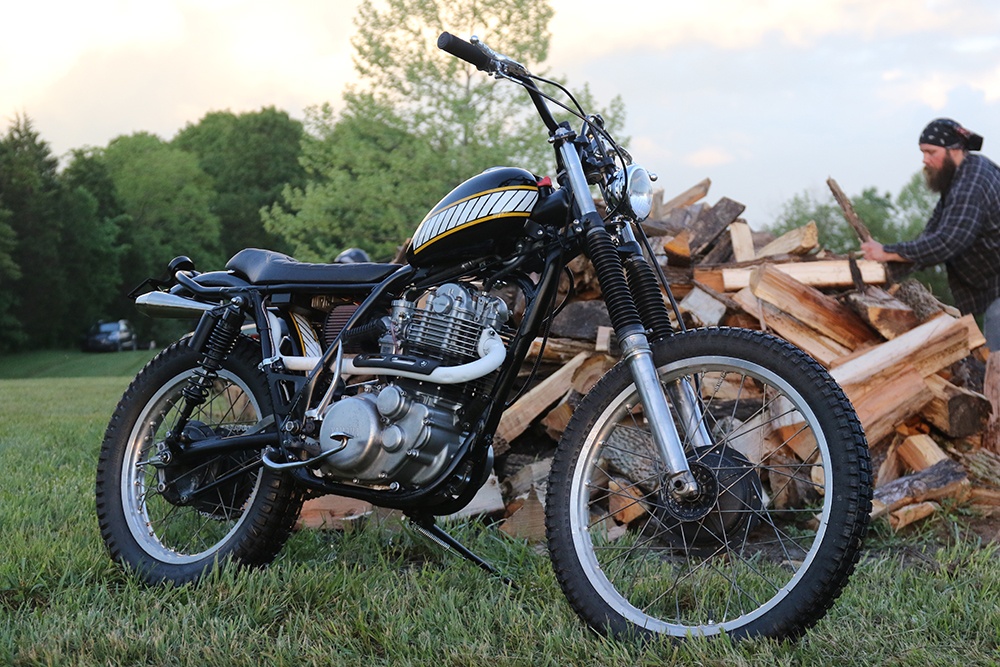 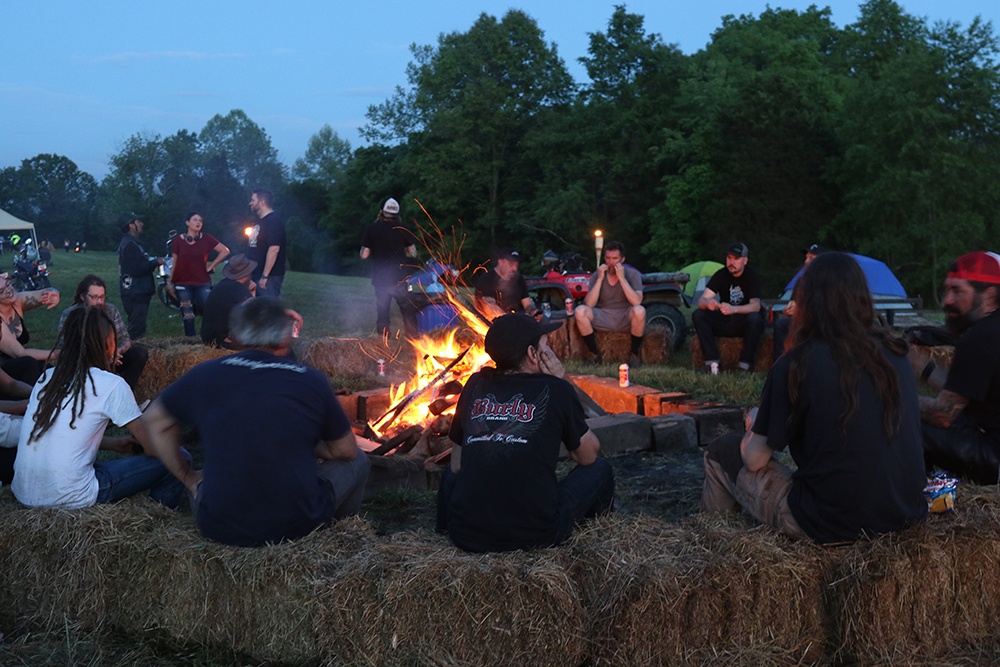 We're proud to sponsor the Greasy Dozen Run along with these great companies: